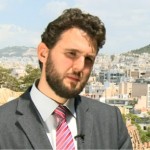 On the occasion of the 69th anniversary of China’s victory over Japan in WWII Dr George Tzogopoulos was asked by People’s Daily newspaper to comment on its importance. In his interview, Tzogopoulos emphasized on the significant number of losses for China as the country suffered approximately 15 million deaths and saw a destruction of its infrastructure and agriculture production. In his view, if Japan had won the Sino-Japan war, the duration of WWII might have been extended with unknown consequences. Responding to the Japanese policy ‘Kill All, Burn All, Loot All’, he said, China was continuously and adamantly determined to defend itself at any cost.