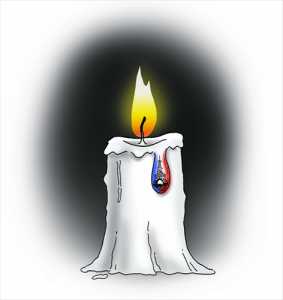 The history of modern terrorism in Western countries has been – until Friday night – linked with three massive attacks in three different countries. The first was the atrocity of September 11, 2001 when terrorists hijacked four airplanes and flew them into American targets. The second was the bombing of March 11, 2004 in the Madrid train system. And the third was the bombing of July 7, 2005 in London buses and the underground. A fourth major terrorist massacre in a fourth country is now added to this dramatic list. France is mourning the victims of the almost simultaneous shootings in six locations of Paris only 10 months after the highly symbolic killings in the offices of Charlie Hebdo.

The current situation seems uncontrollable. The Islamic State (IS) has claimed responsibility for the gunfire while French President Francois Hollande has declared a “state of emergency.” The determination of the terrorists to continue their cause on the one hand and of France to naturally defend itself and eradicate IS on the other raises critical questions regarding future developments. The aftermath of the Paris massacre does not only leave a feeling of permanent pain in families of innocent people killed and seriously injured. It also causes a concern – if not a fear – of worse days to come.

There is nothing that can justify the action of terrorists. They have to be located, arrested and brought into justice. This is also the case with the figures inspiring the perpetrators of terror attacks who provide religious guidance, technical assistance and financial support. But such a process should not entail the launch of a sweeping strategy against Muslim countries on the whole. It does not need to include a new round of endless wars and military expeditions in the Middle East.

This is a delicate moment for France. The country might risk emotionally reacting, multiplying its military operations and losing its moral advantage. In so doing, it will create more enemies in the Arab and African world possibly entering into new unknown adventures. It is worth drawing a parallel between the first days after 9/11 in the US and the first days after Friday night’s disaster in France.

Then it was George W. Bush who was saying “you are either with us or against us.” And it is now Hollande who argues that a country “when faced with war […] must take appropriate decisions” and that “France will triumph over barbarism.”

But lessons from recent years are certainly didactic. The military victory of Washington in Afghanistan and Iraq was Pyrrhic. More importantly, the wars of 2002 and 2003 have caused new instability in the Middle East region through which IS managed to emerge.

The fight against terrorism requires prudent foreign policy choices at the international level. A lot also depends on the future success of intelligence services. Many terrorists in the modern era are suicide bombers. In other words, they do not seek to kill or escape but they are prepared to die in order to serve their cause. If the authorities have more data, they will have more chances to arrest terrorists.

Within this framework, intelligence services across different countries of the world have to expand their cooperation and share data. This will enable them to act preventively against potential suicide bombers and stop them before it becomes too late.

In parallel with this, citizens in several states should also collaborate by accepting some police measures even if they might have an impact on their privacy. Although such a policy will generate a debate in the West, it is better to lose part of the privacy than to mourn more terror victims.

The next weeks and months will be critical for the fight against terror and IS in France and other countries. Until an efficient policy response is decided by political leaders, it will be better for public opinion to be patient. Scapegoating ordinary Muslims who live in Europe will only perplex the problem.

The horrible terror incident in Paris and the claim of responsibility by IS does not change the reality that Europeans in various states will have to live together with many people from the Muslim world in the wake of the refugee crisis.