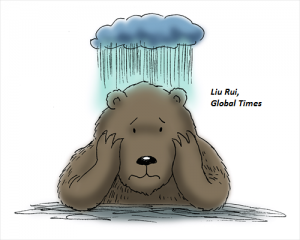 The Russian passenger jet crash in Egypt’s Sinai Peninsula is the latest horrible air disaster in recent years. The families of the victims will feel the pain forever and are naturally looking for specific answers for the tragedy.

But the period until the final results of the investigation will be announced is fuelled by speculation and easily formed theories. These theories are often reproduced in the media influencing public opinion which always closely monitors catastrophes and human pain stories.

Because the passenger jet disintegrated into pieces in midair, a scenario largely discussed is that an external force caused this catastrophe. Although there are theoretically various reasons that could have led to such disintegration, the outside intervention option attracts the most attention.

In that regard, the possibility of a terrorist attack is not ruled out. Obviously, the Islamic State (IS) is widely regarded as the most possible perpetrator following recent attacks by Russia against its targets in Syria.

The difficult job of the investigators will take some time, but perceptions will be certainly shaped in the meantime.

Responding to the recent plane crash, some carriers including Lufthansa and Air France have already decided to change routes. They now avoid flying over the Sinai Peninsula for safety reasons. When it becomes public that companies are taking serious precautions, it is clear that terrorists are winning the communication battle.

The main objective of terrorists is to spread terror and panic among innocent citizens of the world. The IS has already succeeded. Although both Egypt and Russia have rejected any linkage between the plane crash and this terrorist organization, this possibility of a link is now widely considered to be high.

Subsequently, a new mystery arises in international politics. This is the alleged ability of IS fighters to take down a passenger aircraft to serve their cause.

The fight against terror is not confined to one country or another. In the era of globalization, terrorism has acquired a new dimension which goes beyond the nation-state. As long as world powers do not cooperate in a harmonious way to provide an efficient solution to the problem, terrorists are gaining ground. It is a big victory for them to create chaos at the international level when they are arguably responsible for attacks.

In parallel with the need for a coordinated political response, the role of officials approaching sensitive information as well as the role of the media becomes highly important amid uncertainty and fear.

The Russian passenger jet crash reveals the risk of misinformation. Politicians, companies and journalists often play into the hands of terrorists without being aware of it. Some operations have to be kept secret until data are cross-checked and validated.