Global Times deals with relations between the UK and China 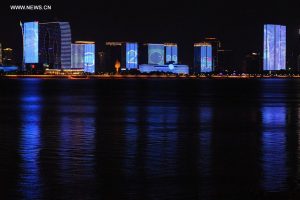 The current summer finds the UK in the most awkward phase of its modern history. The Brexit vote in the referendum of June 23 has caused dramatic political changes culminated with the replacement of former prime minister David Cameron by Theresa May. The mission of May is particularly difficult as she needs to head negotiations defining the disengagement process between her country and the EU. While the new British prime minister is attempting to forge her strategy for the future, she seems determined to carefully look herself at, and possibly review, several choices made by her predecessor.

A remarkable example is the course of Sino-British relations as May has decided to delay the proposed $23-billion Hinkley Point nuclear power station. Although a few days ago she sent a letter to Chinese President Xi Jinping and Premier Li Keqiang, reassuring them on close business and trade ties, Beijing is skeptical. Her visit to China in September will certainly be critical. In parallel with the final decision on the nuclear project, the basis for the creation of a free trade deal might be also set. The BBC has reported that Chancellor Philip Hammond has begun discussions with China on the matter.

Some British commentators even praise May for reconsidering Cameron’s policy to start a supposed “golden era” in relations between the two countries. The Spectator, for instance, argues that London needs the money of Beijing but not its friendship. That is because there is a traditional concern in Europe that Chinese investments in the Old Continent are not only driven by economic interests, but also by political motivations. The US largely shares this position.

It is certainly not easy to do business with China in Europe. Several barriers exist, starting from the language difference and expanding to more complicated issues such as intellectual property.

Nevertheless, China should not be regarded as an economic power that ruthlessly seeks to dominate Europe due to its vast exchange reserves and its potential to do business using its available liquidity. The country is looking for partners because its investments will not be sustainable without stable collaboration schemes with local and international actors.

Obviously, if Beijing is able to provide funds in a period of economic calamity in Europe, it is entitled to negotiate in order to push the other side toward the implementation of its own terms. This, however, does not mean that it does not respect the other side or that it is not prepared to make concessions if required. Concessions are a sine qua non parameter for an investment in a foreign environment to be successful in the long-term.

There is no doubt that China’s governance and politics are different from those of European countries. But the Chinese administration does not want and does not need partners who occasionally ignore their own values or principles. By contrast, it wants and needs partners who are sincere, show continuity in their policies and their words are followed by practice.

There is no better example in Europe than German Chancellor Angela Merkel. In spite of some contradicting positions between Berlin and Beijing, Merkel has gained high respect because of her adamant stance and efficiency in implementing agreed deals. It is not a coincidence that she has visited China nine times.

In view of her visit to Beijing, May is not called on by the other side to abandon the principles of British foreign and economic policy. Criticism can be also accepted in her remarks as Merkel sometimes exercises, protecting German and European interests.

Nonetheless, May needs a clear, straightforward position vis-à-vis China to be practically applied during her stay in power. The necessary presupposition of course is that the country will be considered a partner, not a potential dangerous enemy.

This article was published on Global Times.