Global Times explores whether the EU should be afraid of referenda 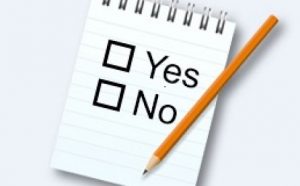 While Brussels is elaborating on new policies to safely steer the EU boat out of the Brexit storm, a critical question is posed about how politicians should approach the public in times of crisis. Theoretically, the organization of a referendum is a cornerstone of direct democracy. That is because it gives an equal chance to all citizens in a country to directly participate in decision-making and influence critical government decisions. But what happens when the opinion of the majority goes against standard policies, creates political and economic discontinuity and signals the beginning of unknown adventures?

The UK is not the first EU country to hold a referendum in recent years. This happened in France and the Netherlands 11 years ago when they rejected the proposed European Constitution. Also, last year Greek citizens overwhelmingly expressed their disagreement with a new bailout plan of austerity in an ambiguous referendum decided by Prime Minister Alexis Tsipras.

More referendums are coming up. The first is scheduled for October 2 in Hungary on whether citizens agree with the EU’s mandatory settlement of non-Hungarian citizens in the country without parliament’s consent. This will be followed by another referendum in Italy on proposed constitutional reforms. If Prime Minister Matteo Renzi loses, he will step down and another political crisis could break up in the country in a period of high turbulence with its national banking sector.

So far, the Greek case is the only one where a government openly ignored the public will, although it had aligned with it in the pre-referendum period, made an almost compulsory U-turn and finally accepted policies it had previously highly demonized.

By contrast, the French and Dutch referendums of 2005 were so powerful that Brussels had no other choice but to abandon the EU Constitution project.

At this stage, it is not easy to anticipate how new British prime minister Theresa May will act and if she will trigger Article 50, which begins the process of actually leaving the EU. May was a Bremain supporter, and the referendum has no binding legal force. But the political pressure to act may be too strong.

There is no question that every government in the EU has the right to organize referendums should it wish to enhance direct democracy and bolster legitimacy. This right should not be altered, limited or cancelled.

Nonetheless, the decision for a referendum can be dangerous if it does not serve long-term national objectives but only short-term political goals. It is not always particularly easy and fair for a government to disregard the result of a vote. Without this disregard, the country would not any longer have been a member of the eurozone, suffering from a humanitarian crisis due to its lack of foreign exchange reserves.

Both the UK and the EU are currently paying a heavy price for Prime Minister David Cameron’s opportunistic choice to use all means available in order to stop the rise of the anti-European UK Independence Party in January 2013.

After the national election of May 2015, which he won, he remained adamant on his position for a referendum instead of partly reconsidering in order to guarantee his country’s European future. Cameron should have remembered former British prime minister Clement Attlee’s words that referendums were “alien to British traditions” of parliamentary democracy.

The British experience demonstrates that referendums can split societies. It also reveals that unpredictable developments – such as the tremendous impact of the refugee crisis – are able to significantly influence the stance of voters as opposed to their electoral behavior in calm periods.

Many voters picked “Leave” while ignorant of the consequences of their decision, or even looking more to spite the establishment than to actually express their desires. More importantly, it shows how easily populism prevails when promises are given and how easily it collapses when these promises have to be followed by practice. The decision of both Brexit leaders Boris Johnson and Nigel Farage to step down after Brexit is characteristic.

Europe should not be afraid of referendums. It should be only afraid of politicians who organize referendums without a long-term vision and an efficient preparation. Instead of taking the risk Cameron took with Brexit, European politicians have to remain committed to their work and carefully govern, even if their policies are not popular in the short-term and imply difficult decisions.