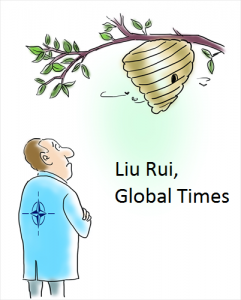 Realism is the most important foreign policy school explaining developments at the international level. The will of countries to serve their own national interest largely drives their policymaking and military action. But there is one exception which can sometimes break this fundamental principle. This is when leaders with particularly strong personality are individually, and often emotionally, involved in critical decisions. That is the case with the ongoing deterioration of relations between Russia and Turkey following the downing of the former’s warplane.

Russian President Vladimir Putin and his Turkish counterpart Recep Tayyip Erdogan employ their own special approach in their countries’ bilateral relationship making politics a rather personified affair. It is therefore difficult to anticipate future developments as both leaders are highly unpredictable.

A few months ago Putin and Erdogan, now locked in an endless blame-game, had paved the way for a successful economic cooperation between Moscow and Ankara entailing not only an increase in commercial transactions and investments but also expanded energy collaboration. In December 2014, for instance, both sides agreed to complement the Blue Stream pipeline by constructing the “Turkish Stream” which would also carry gas from Russia to Turkey via the Black Sea. The implementation of the project is now jeopardized as Moscow seems prepared to freeze it in retaliation.

A return to normality in relations between Russia and Turkey is in the interests of both sides. It cannot be guaranteed though because neither Putin nor Erdogan want to see their public image damaged by coming to an easy compromise. So no breakthrough is expected and the repercussions go beyond the scope of the bilateral Russian-Turkish relationship. Other countries and actors are closely monitoring the situation.

In particular, NATO, in which Turkey has been a member since 1952, finds itself in an awkward position. In recent years Erdogan has attempted to play the NATO card in order to serve Ankara’s interests. On July 26, for example, Turkey asked for an emergency NATO meeting to attempt to get the group to back its campaign against the Kurdistan Worker’s Party.

Erdogan has adopted a similar strategy after the downing of the Russian jet. However, the NATO mission is now highly sensitive. Every decision it takes in favor of Turkey will be perceived by Russia as a provocation. Although the North-Atlantic Alliance considers Turkey a threat for transatlantic security, its principle objective is that of deterrence and not confrontation. In addition, most of its members, with the exception of the US, the Baltic countries and some other European countries such as Denmark and Norway, are highly skeptical of taking anti-Russian steps.

Furthermore, NATO has encountered with a serious dilemma. If it decides to critically protect Turkey against Russia, although the first started the crisis by shooting down the jet of the second, it will lose its moral advantage. More importantly, it will give the impression that it is “led by the nose” by Ankara’s whim instead of remaining committed to its own principles.

Ankara has a lot to gain if NATO actively supports it but the reverse is not true. The former’s international position will be certainly strengthened as it will be able to count on urgent external assistance in times of crisis. Subsequently, Turkey might endeavor to expand its peripheral power in the Eastern Mediterranean, following an assertive foreign policy toward countries such as Greece and Cyprus, which, in turn, could react by approaching Russia.

From another perspective, Ankara will perhaps show a less cooperative stance with the West following its agreement of November 29 with the EU in order to better bargain for its own interests. The more Erdogan realizes that he can influence the West and impose his own agenda, the less he will seek common solutions and harmonious collaboration with Europe, especially in dealing with the wave of Middle Eastern refugees.

NATO should therefore carefully study all parameters before acting against Moscow even if such an action is described as defensive. Above all, now it is not the right time to eliminate the last hope for US-Russia cooperation in fighting against IS. Nor is it the right time to perplex the situation in Syria closing the door for a better understanding and perhaps a compromise of US and Russian positions.