The exhibition ‘Go Fly a Kite’  presenting a selection of vintage and contemporary kite designs from the countries of Bali, China, Japan, and the United States will start in Athens on 19 March 2016. The exhbition is organised by Chicago Athenaeum, Μuseum for Architecture and Design in co-operation with the European Centre for Architecture, Art, Design and Urban Studies . The opening took place at 19:00, at Contemporary Space Athens (74 Mitropoleos Street, Athens). The website chinaandgreece.com acts as communication sponspor. 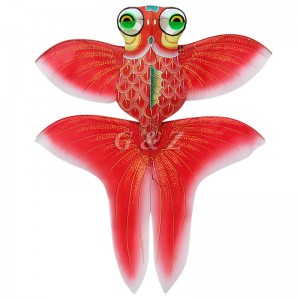 The exhibition consists of over sixty (60) kite designs from The Chicago Athenaeum’s Permanent Collection, which spans from the early 20th-Century through the 1950s and 1960s to the present. The kites are in varying sizes and geometric forms made of silk, paper, and Nylon and most of them are handcrafted and hand-painted in the traditional Asian way of designing and fabricating a kite.The kites range from birds, dragons, parrots, eagles, phoenixes, tigers, owls, fish, butterflies, swallows, bats, dragonflies, swans, frogs, seagulls, and cicada. Other kites take more contemporary forms: airplanes and comic book characters.

The origin of kites comes from China. Kites were invented in the Province of Shandong sometime between 770 BC and 221 BC. The first kites, large wooden objects called muyuan, were invented for military purposes. This period actually contained two separate periods of Chinese history, the Spring and Autumn Period (770 – 476 BC) and the following Warring States Period (475-221 BC). Kites were seen as war technology. Besides spying on enemy positions, kites were sometimes used to deliver urgent messages.The First Century AD contained the prosperous Tang Dynasty (618-907 AD). During that time, ordinary people discovered the simple enjoyment of kite flying. The traditional bamboo and paper or bamboo and silk-style kite were the most familiar material. By the 9th-Century, kites evolved into beautifully detailed hand-painted silk designs. These kites carried many ornate accessories such as streamers and ribbons. So much work and craftsmanship went into these kites that they were affordable only to royalty and aristocracy.During the Qing Dynasty (1644-1911) superstitious ideas evolved around flying kites. For example, letting go of the kite string might get rid of back luck or illness as the kite drifted away. On the other hand, picking up a kite lost by someone else would also bring bad luck. By the late 1900s, the Chinese had organized large kite flying festivals where the whole range of kites were on show. The keenest kite makers would show off their best kites. Just like other kite festivals today around the world.

The exhibition is under the auspices of Hellinic-Chinese Champer. 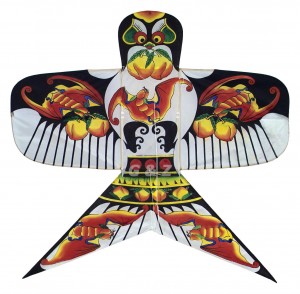