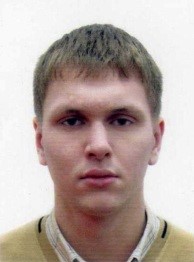 Relations between Greece and Russia seem to have entered a new phase since the Greek national election of 26 January 2015. The recent decision of Moscow to invite Greece to possibly join the BRICS New Development Bank is a remarkable example. Continuing to actively participate in the debate chinaandgreecec.com now invites a Russian scholar, Mr Andrey Shelepov who is a Research Fellow of the International Organizations Research Institute at the National Research University Higher School of Economics (HSE) in Moscow and the Adviser of the International Relations Department of the Russian Union of Industrialists and Entrepreneurs (RSPP)* to analyse this possibility and explain the motivations behind the Russian proposal.

Why did Russia decide to invite Greece to possibly enter the BRICS Development Bank?

The invitation to Greece to possibly join the New Development Bank came along with Greece’s difficulties in negotiating its borrowing from the traditional creditors, including major Eurozone countries and the IMF. Given that the main purpose of the BRICS bank is “to mobilize resources for infrastructure and sustainable development projects in BRICS and other emerging market economies and developing countries to complement the existing efforts of multilateral and regional financial institutions for global growth and development”, and the Troika of creditors (Eurozone countries, ECB and the IMF) had demanded conditional austerity reforms, including unpopular measures such as pension cuts, as necessary conditions for Greece to gain access to bailout funds, the New Development Bank could become an important alternative source of financing helping to overcome the Greek debt crisis. However, with the caveat that Greece is neither an emerging market nor a developing economy and in fact needs resources to fix its budget deficit, its eligibility and the procedure of joining the New Development Bank will obviously be subject to further decisions of the Bank’s Board of Governors.

How could Greece participate taking its problematic economic situation into account?

Participation in the New Development Bank is not necessarily connected with high costs for the borrowing country. According to the Agreement on the New Development Bank, the conditions for countries willing to join this institution are quite favourable. The initial authorized capital of the Bank equals USD100 billion, while the subscribed capital is USD50 billion. This means that the remaining USD50 billion of the authorized capital can be distributed among the members without any involvement of the national parliaments and long and costly ratification procedures, just following the decision of the Board of Governors. In addition, the minimum amount to be subscribed for participation by a single country specified in the Articles of Agreement of the New Development Bank is the value of one share equal USD100 thousand. Greece will thus become eligible for using the full range of functions performed by the Bank.

How can member states benefit by joining the Bank scheme? 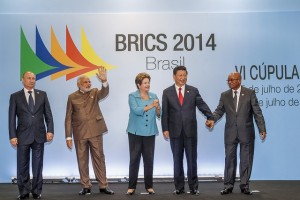 In order to fulfil its purpose of supporting infrastructure and sustainable development projects in BRICS and other emerging market economies, the New Development Bank performs a number of functions. It provides loans, guarantees, equity participation and uses other financial instruments; cooperates with international organizations, as well as national entities, both public and private, in particular with international financial institutions and national development banks; provides technical assistance for the preparation and implementation of the abovementioned projects; stimulates the development of projects involving several countries; and establishes and administers of Special Funds which are designed to serve its purpose. The Bank is fully open to both borrowing and non-borrowing members. Thus, all of its members will have an opportunity to choose the most suitable option for supporting sustainable development and building infrastructure from a variety of the Bank’s services.

Could the BRICS banks provide loans to Greece and at what interest rates and under which terms?

In accordance with the Articles of Agreement of the New Development Bank, it can provide loans to any of its member countries. At the same time, at the moment it is too early to discuss particular terms and conditions of Greece’s involvement in the activities of the Bank. To start the Bank’s operations and open it for the accession of new members, the BRICS must first deposit the relevant instruments of acceptance, ratification or approval and appoint the management of the Bank. This process is still underway. Moreover, the Agreement on the New Development Bank covers only the main aspects of the Bank’s operation, while more specific procedural and organizational issues will be addressed by the Board of Governors and the Board of Directors after the entry of the Agreement into force.

*Andrey Shelepov is an author and co-author of several books and papers on the G8/G7, G20 and BRICS, as well as business engagement with international institutions. Shelepov’s recent publications include chapters in the forthcoming monograph The G8-G20 Relationship in Global Governance to be published by Ashgate in 2015; papers in International Organisations Research Journal (IORJ): “The Russian Federation G20 Presidency: in Pursuit of a Balance between Fiscal Consolidation and Sustainable Growth”, “Results of 2012 G20 Mexican Presidency: Analysis on the Basis of Supply-Demand Model”, “Effectiveness of G20-B20 Engagement”, “BRICS Cooperation: a Resource for Forging BRICS and G20 Decisions in the Key Areas of International Financial and Economic Architecture”, “Global Risks Governance and G20, G8, BRICS Capabilities”, “Structural Reforms Implementation in G20 Countries. Future Objectives for Cooperation”. He also contributed to Brookings` 2013 publication “Think Thank 20: The G-20 and Central Banks in the New World of Unconventional Monetary Policy” with a paper entitled “Reinvigorating Growth Potential: Priorities for the Central Bank of Russia”.  Andrey Shelepov graduated from the Faculty of World Economy and International Affairs of the Higher School of Economics. He holds a diploma in economics with distinction.