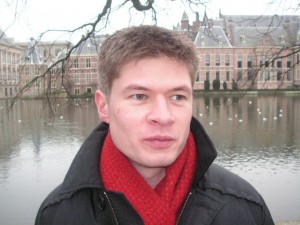 China’s policy vis-à-vis Europe is an issue of high interest for politicians and scholars. In that regard, the role of Greece as a gateway to the European Union becomes even more significant. Dr Frans-Paul van der Putten, who is Senior Research Fellow at the Netherlands Institute of International Relations Clingendael and an expert on security, geopolitics and China’s rise as a great power, has extensively analysed in his research the objectives of China’s ‘One Belt One Road’ policy and has – inter alia – concentrated on Greece . With the comments he gives to chinaandgreece.com he certainly contributes towards a better understandling of current developments.

Is China looking for alternatives as far as its investments in Greece are concerned – taking the ongoing instability into account?

Instability makes Greece less attractive as a target for Chinese direct investments, but it remains to be seen what impact this has on actual instances of investment. Greece’s geographic location is very suitable with regard to investments that are related to ‘One Belt One Road’ (OBOR), which is a long-term foreign policy strategy of the Chinese government. As long as the Greek government remains open to Chinese investments in infrastructure, Greece remains in the EU, and current political instability does not deteriorate to a level that involves violence, I think that China may still consider Greece a suitable location for investment in infrastructure and related sectors. Although China may well be looking for ways to diversify its involvement in European ports and railways that are relevant for OBOR, I think that Greece still remains a major potential target for such FDI.

Could China provide loans to Greece via instruments such as BRICS New Development Bank and AIIB?

China can provide loans to Greece bilaterally, via Chinese state-owned banks or funds. If the loans are connected to infrastructure development, the AIIB could be an additional channel through which loans are provided. This would be a multilateral channel, so the money would come not only from China. Given the interest that other European countries have in Greece’s economic development, it might be an obvious choice for China and the European AIIB members to study the feasibility of AIIB-funded infrastructure projects in Greece once the AIIB becomes operational. The BRICS New Development Bank appears to be aimed primarily at providing loans to the BRICS themselves and to (other) developing countries. At least in the early phase of the NDB, Greece would therefore not seem a likely candidate for receiving loans.