Greece should stay in euro 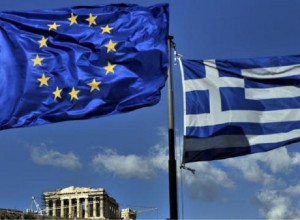 Greece is experiencing the most dramatic moments in its modern history. The leftist government of SY.RIZ.A is leading the country to an unknown adventure. Eurozone leaders warn on the potential effects of a default and an exit from the eurozone. Non-eurozone countries also want Greece to remain a member of the eurosystem. The USA has officially intervened. China often  expresses  its will for a solution to be found within the eurozone.

Greek citizens have already started to feel the pain of bankruptcy. Banks are closed. Capital controls have been imposed. Chaos prevails. Uncertainty dominates.  The Greek government is attributing the current problematic situation to unseen enemies, creditors and the role of the media. It is completely isolated internationally and leads Greek citizens to a serious internal division.

The future of Greece will be difficult even with the euro and problems such an unemployment and poverty have to be tackled. But at least – within the euro – the country will have a future.