Greece’s problems very different to the rest of Eurozone

Negotiations between Greece and its creditors are of high interest even for European countries which do not belong to the Eurozone. Britain is a characteristic example. In that regard, one of the most influential non-partisan and independent policy think tanks which undertake significant research on European affairs – including the Greek crisis – is Open Europe. Its Director Mats Persson analyses the situation in an interview with chinaandgreece.com expressing his skepticism for the future and considering the Grexit scenario real. Mr Persson is also an Advisory Board Member and Co-founder of Open Europe Berlin gGmbH and has advised the UK government and other bodies on numerous European issues, and is the architect of a number of policy-changing proposals. He has been recognised as one of ‘99 Influential International Leaders under 33’ by The Diplomatic Courier and by Young Professionals in Foreign Policy.

Do you expect the Greek government to deliver in the coming weeks?

We always believed it would be very difficult for the Greek government to deliver on a large number of the promises it had made in the election campaign and while in opposition – so it has proved. Ultimately, a lot of their promises are not only incompatible with the confines of a bailout programme but even of the new Eurozone economic architecture such as the European semester. For these reasons we also felt that a SY.RIZ.A led government would struggle in its negotiations with its creditors. It speaks a very different language. While they both talk in the trappings of what is best for Europe, they have fundamentally different ideas both on tone and policy. In the end we believe it will be forced to essentially agree to the large majority of Eurozone demands – the agreements reached so far largely support this, other than a few token and superficial changes the programme and approach remains largely the same. 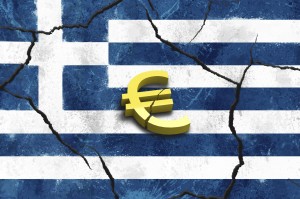 Grexit is back on the international media agenda. Is the possibility real?

The risk is real and has risen over the past few months. It is probably as real now as it ever was given the shortage of cash facing the Greek government. Our base case is that it will be avoided but you cannot rule out unexpected events. When the margins for error are so small (not just given the lack of cash but also the lack of patience and good will towards Greece at this point in time) it will always be a risk. Progress in negotiations continues to be far too slow. It would be strange for it to be triggered by the relatively small cash shortage at the moment (as the Greek government has pointed out) but then again if they cannot make any headway in these negotiations what chance do they have of making any progress in the much larger and more complex negotiations due in June when the programme ends entirely.

Do investors from Asia – such as Chinese ones – have to worry about developments in Greece and the Eurozone?

Certainly important to keep an eye on the Eurozone. How Greece is dealt with can often become an indication of how things may or may not go with the rest of the Eurozone. It is a bit of a testing ground for certain policies. In that sense it is important to watch, though it must be kept in mind that by now Greece’s problems are very different to the rest of the Eurozone even if they had similar origins. A Grexit would be an unprecedented and therefore very uncertain event. We believe it could be managed from an economic perspective, though of course it depends how it comes about and what the institutional response is. The political blow would be more complicated to manage and it is unclear how this would feed through into the markets which have not been effective at pricing and digesting political risk.