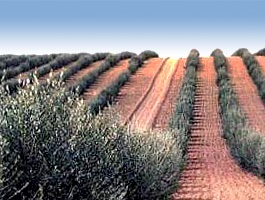 In theory, Greece can invest on its production of olive oil to reach the mass market of China. However, statistics show a rather dissapointing trend in comparison to the country’s main competitors in Europe. In particular, a research conducted by the International Olive Council shows that of all olive oil imports in China in the 2015/2016 crop year (1 October until 31 September), 96% came from countries in the European Union. Spain has the lead with 81% of the total, followed by Italy with 13% and Greece with only 2%. The remaining 4% come from Australia, Tunisia, Morocco, Turkey and Portugal.

On the whole, olive oil and olive pomace oil imports in China increased by 12% during the 2015-2016 crop year.  Over the first 3 months of the current crop year (2016/17), imports of olive oil in China have undergone a strong increase of 42%. Nevertheless, in spite of the high demand Greece misses another opportunity to benefit by the excellent status of Sino-Greek relations and promote its olive oil industry abroad. There are two main explanations for the disappointing performance. On the one hand, Greek governements have damaged Greece’s international public image since 2010 negatively influencing some ambitious marketing initiatives. On one the other one, Greek producers fail to follow the Spanish or Italian paradigm being highly abandoned by the governments.