Greek polls to be conducted in September more representative 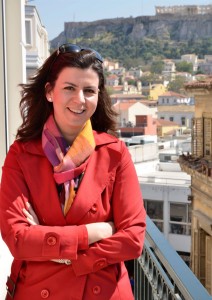 The first opinion polls carried out ahead of the new Greek snap election of 20 September 2015 show a narrow lead for SYRIZA but do not safely anticipate the final result. The winner remains unclear while the formation of a coalition government in the aftermath of 20 September should not be taken for granted. Attempting to analyse political developments in a fair and comprehensive way chinaandgreece.com has conducted an interview with political analyst of RASS  polling company Ms Maria Karaklioumi.*

Is is possible to make safe predictions for the election result?

The expected decision of Greek Prime Minister Alexis Tsipras to lead the country towards a new snap election has found many people on vacation. Citizens do not normally disrupt their daily life being under pressure by political developments. Additionally, the first surveys have been conducted with many voters away from their  permanent residence. Generally speaking and drawing lessons from the past, we have noticed that many citizens tend to critically discuss political developments in the first few days of the announcement of an early election. In that regard, they are either surprised or frustrated as a snap election might entail political and economic instability. This is the main perception shared by citizens according to the first surveys. In my my opinion, we have to wait until the results of the polls to be carried out in the first days of September will be announced.

Which voters might now – in comparision to the previous election – leave SYRIZA  and towards what direction?

Last January, seven out of ten voters had chosen SYRIZA to ‘bring an an end to the coalition government between New Democracy and PASOK’. SYRIZA is undoubtedly a party without a clear ideological electorate core and principally consists of ‘electoral immigrants’. The majority of voters who selected SYRIZA in the previous election had done so considering it a ‘lesser evil’ or a party which might improve social injustice. Although the period that has passed since January 2015 is short and many people will hardly cancel their previous decision, I believe that voters who might possibly leave SYRIZA and join other parties are the ones who have seen their expectation collapse. The failure to cancel the bailout, the prolonged negotiations with Greece’s lenders which finally led to the closure of banks and the vague interpretation of the ‘NO’ vote in the referendum by the government will cause a tendendy of departure from SYRIZA as it is also happening with some of its members. It is hard, however, to anticipate which parties will now be selected by the SYRIZA supporters of the last election. We do not know whether ideological criteria will prevail. Last January SYRIZA brought together voters who had been angry with the previous political situation.

Can New Democracy win the election?

Analysing the data we have received so far, I do not think so. The political landscape remains fluid though.

Is political instability possible after the election?

Potential coalitions should be certainly explored. Statements made by political parties until now might signal a political impasse in the aftermath of 20 September. I hope that rational political choices will prevail at last and a new government will be formed.

Does the Greek society  show signs of acceptance of the bailout  as the only alternative after the failure Tsipras to renegotiate?

After five years of governance  through Memoranda and given the failure of the SYRIZA-Independent Greeks government to bring an alternative, citizens have realised that there is no other route for the country without rescue packages and austerity measures. The hope for a different solution to the Greek problem was extinguished with the signing of the third bailout by Prime Minister Alexis Tsipras.

* Ms Maria Karaklioumi was born in Athens in 1974. She studied Statistics, Mathematics, Economics and Political Science in Greece and abroad. She has worked in education, research and communication. Maria has been Deputy Spokesperson, Press Officer and Secretary of the Press and Media branch of PASOK. From 2011 until 2014 period she was Vice Governor in the Attika region. She nowadays works as a political analyst for RASS polling company.