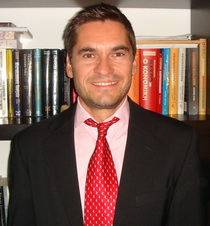 Although Greece is suffering by an unprecedented economic crisis, the quantity and quality of its research are higher in comparison to invested funds. There are several scholars and researchers who overcome the lack of liquidity in Greece by managing to secure EU funding in spite of tough competition. One of them is Associate Professor of Economics at Democritus University of Thrace, Dr Periklis Gogas. In co-operation with his colleague Dr Theophilos Papadimitriou, Associate Professor of Informatics at the same university, seven Ph.D  candidates and nine MA students they have implemented a research project (under THALES scheme) on forecasting economic data using machine learning.  Their research has attracted the attention of international universities such as the Ross School of Business of the University of Michigan and the Department of Economics of Temple University, the European Central Bank and the Bank of Greece. Within this context, Dr Gogas speaks on chinaandgreece.com on recent findings as well as on the course of the Greek economy.

What is the main focus of your research?

Efficient supervision of bank networks: After the 2007 financial crisis, the trend in Central Banking for both the EU and the US is the implementation of a thorough and detailed supervision of all banks in the respective banking networks. This approach has many obvious positive aspects with respect to the stability of the international financial system and the reduction of the systemic risk and contagion the event of a banking crises. Nonetheless, this approach is very tedious, time-consuming and of course costly. For this reason, we have developed a new methodology in the field of Complex Networks the TW-MDS (Threshold Weighted – Minimum Dominating Set). The TW-MDS can be used by the Central Banks as an auxiliary early warning system. From the total of 6000 banks in the US it can identify a sub-set of 50 or 100 banks that are called ‘Dominant’ and their ‘neighborhoods’ that can be used as gauges for the performance of the whole banking system. Whenever this system detects a warning signal from one or more of these Dominant banks it is evidence of bank distress and possible bank failures for the respective neighborhood. Under this system, only the close supervision of the Dominant banks is necessary to provide an early warning for further action and timely intervention of the Central Bank with more conventional instruments. 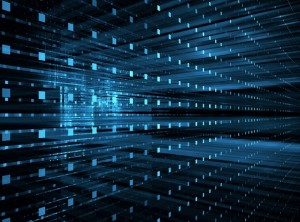 Forecasting: We employ and develop forecasting models from the area of Machine Learning (SVM/R and Deep learning) in economics and finance forecasting. These methodologies detect hidden patterns in the data that are used for forecasting. We have applied these models of forecasting to various applications with very promising results. For example, we built a model to forecast bank failures in the US that provides an accuracy of more than 90% one year before the failure. Moreover, this model allows us to develop a simple and efficient alternative stress-testing tool for the banking sector. These models have been also used in forecasting exchange rates, the US house market index, etc with similar accuracy.

Do you expect capital controls to be lifted in Greece in the next months?

It all depends on the performance of the Greek economy. Looking at the current macroeconomic data it seems that the controls will loosen significantly in the next six months. Nonetheless, some form of capital controls will remain in place for one or two more years provided that the current economic situation in Greece will improve, not deteriorate significantly. Certainly, the form of capital controls imposed in the next six months will not significantly affect the day-to-day economic activity of the average consumer, household or small business.

Two issues affect the investment behavior of investors apart from profit: risk and uncertainty. The difference between the two is that risk can be measured and calculated in the investment decision while uncertainty cannot and thus prohibits investment. There is risk in shooting a dice but the probabilities are known. Uncertainty is associated in shooting a dice with an unknown number of sides. Currently in Greece there is a downward trend in uncertainty but nonetheless it dominates the investment decisions. The situation will be much better in the next six months. At that point most, of the uncertainty will disappear as the full effect of the agreement with the creditors will have been implemented.