‘I am confident that enriching the curriculum with Mandarin will help our students gain the skills as well as the global perspective their future career will demand’. This is the principal message given by the family economically assisting the introduction of Chinese language courses at the Hellenic-American Educational Foundation. In particular, Athens College and Psychiko College has started to do so in its Special Programs from September 2008 These programs have been established to offer more flexibility and opportunities to the school curriculum complementing the normal curriculum.  Chinese courses, however, have been already included in the Adult Education Programs since the school year 2005-2006. 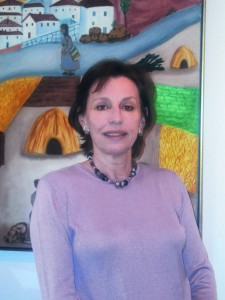 As Director of Special Programs of the School Ms. Haris Economopoulou says on chinaandgreece.com, ‘the Chinese is one of the oldest language in the world and the only existing one using ideograms’. Approximately 1.3 billion people, not only in mainland China but also in other countries such as the United States, speak this language’. In spite of the relative slowdown of the Chinese economy in 2015, China has achieved a rapid economic development in recent years. Therefore, by learning Chinese, students can acquire a rather rare qualification. ‘We give our students the possibility to learn about China and the Chinese culture by accessing our library, which is continuously enriched with relevant books and DVDs, as well as by being actively engaged in several activities on Chinese cuisine, calligraphy, paper cutting, painting, tea ceremony and handicrafts’ she says on chinaandgreece.com.

There is an ongoing interest from students in learning the Chinese language. This school year, for instance, the number of registrations has tripled (70 students). Courses cover all levels: from beginners, to advanced students seeking to be prepared for the official HSK diploma awarded by the Chinese National Hanban Agency. But the School and its relationship with the Chinese culture does not stop in Chinese language courses. In order to help students familiarise themselves with China and its culture, the Hellenic-American Educational Foundation organises some events for pupils from the elementary school, while the Chinese Department participates in the annual Christmas Bazaar with the Chinese Corner to strengthen the Scholarship Fund. Chinese food and some gifts from China are available in this occasion. Furthermore, our School has been an examination centre for diplomas YCT1, YCT2, YCT3, HSK1, and HSK2 & HSK3. Our first students obtaining the HSK3 diploma first graduated in 2012. 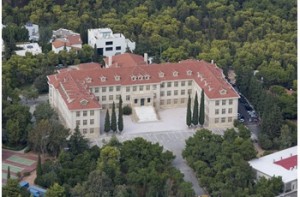 The main building of the HAEF

The School’s love for China is also extending into other area. In July 2015, for example, students learning Chinese in our school had the opportunity to attend a two-week summer program in Peking University. Eight students participated staying in university residence halls along with 600 children from all over the world. All together they attended daily Chinese language courses, they took part in cultural events and visited local attractions such as the Forbidden City, the Science Gallery, The Great Wall etc.

Students of the Chinese Department aged between 14 and 18 years old have had the opportunity to take part in summer programs since August 2013. They can benefit by grants provided by the Hanban Confucius Institute and the Greece-China Association. ‘25 students from our School have already travelled to China gaining amazing experiences and memories’, the Director of Special Programs of the School says.

The introduction of the Chinese language in the Special Programs of the School and the multidimensional connection of children with the Chinese civilisation and culture do not only constitute an education privilege for students. They can also contribute to a better understanding between the peoples of the two countries.

Learning Chinese in the context of Special Programs

Learning Chinese in the context of Adult Education Programs