Hefei can come closer to the West 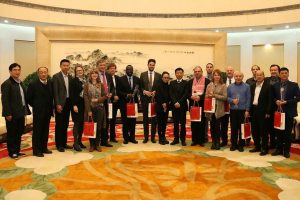 Hefei, the capital of China’s province Anhui is characterised by the emphasis it lays on innovation and technology. It is not a coincidence that President Xi Jinping and Prime Minister Li Keqiang recently visited the city outlining  its contribution to China’s effort to successfully change its growth model.  On the occasion of the visit of a foreign delegation of ‘Opinion Leaders’ Hefei’s progress was overwhelmingly acknowledged.  Despite this progress, however, the Chinese city is not particularly well known in the West as it happens with some other cities, for instance Hangzhou and Nanjing. In order to explore how cooperation with Western countries can be strenghthened, local authorities organised an official meeting with foreign experts. The event gave the opportunity for an exchange of views on tangible future plans. 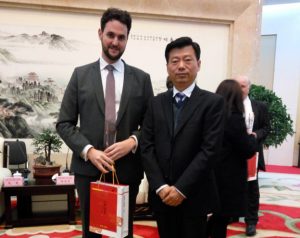 Mr Zhong Junjie, Member of the Standing Committee of the Municipal Party Committe and  Director of the Publicity Department chaired the discussion which took place at the Administrative Service Centre of Hefei Municipal Government.  Mr Zhong presented his city to the foreign delegation. He principally concentrated on its achievements in a short period of time as well as on future perspectives. He then invited ‘Opinion Leaders’ to join the debate. Founder of chinaandgreece.com, George Tzogopoulos, expressed his sincere thanks and appreciation to Mr Zhong  for the honorary  invitation and the excellent hospitality and talked about an important lesson of this visit. In his view, members of the foreign delegation have been privileged to understand that every analysis on China should not have only Beijing and Shanghai as a starting poiunt but also other cities, including Hefei.  The enormous size of China make it necessary for its geography to be carefully studies and for special characteristics of its provinces to be analysed. 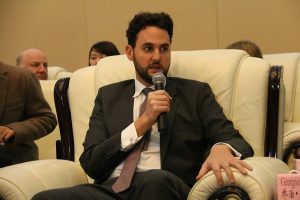 In addition, George Tzogopoulos said that chinaandgreece.com has been established as a source of information for the Western elite and public opinion on China’s affairs which goes beyond content offered by traditional media. Within this framework, he stressed that his visit in Hefei could be a springboard for chinaandgreece.com to extensively cover issues in relation to Hefei.  On these grounds, Hefei can possibly boost its public diplomacy, improve its international image and hope that it will better promote its achievements and products. On the whole, chinaandgreece.com  functions as a platform bringing together the West with China. The future close cooperation between this platform and Hefei’s local authorities can guarantee continuity to the recent exchange of views between Zhong Junjie and George Tzoogopoulos.