The impact of a SY.RIZ.A win on Greece and China 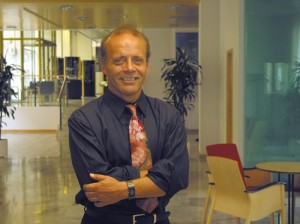 A discussion with Dr Dan Steinbock

Greece has become again the epicentre of international attention. The election result of 25 January 2015 will decide whether the leftist SY.RIZ.A party will have the opportunity to govern the country either alone or with a coalition. One of the countries closely monitoring developments is China taking its significant investments in the country into account. In order to assess the current situation and discuss potential policy shifts chinaandgreece has organised a discussion with an internationally recognized expert of the multipolar world Dr Dan Steinbock. Dr Steinbock is Research Director of International Business at India, China and America Institute (USA) and Visiting Fellow at Shanghai Institutes for International Studies (China) and the EU Center (Singapore).

Why is Greece important for China?

The Chinese-Greek relations have long-standing and historical economic, social and cultural dimensions. However, the bilateral relations moved to a new stage in the aftermath of the Great Recession in 2008/9, for two reasons. On the one hand, China had enjoyed double-digit growth for a decade and was entering a new stage of growth. In the past, Beijing had relied primarily on foreign direct investment (FDI) coming to China. But now Chinese FDI began to move abroad as well. As China’s major economic and technology partner, Europe is likely to have a central role for Chinese FDI.

On the other hand, the aftermath of the global crisis gave a new incentive to economies in the ailing Southern Europe to attract Chinese FDI. These efforts accelerated drastically in the Eurozone after the sovereign debt crisis took off in spring 2010. Against the consensus, I argued at the time that, ironically, the Troika would accelerate Europe’s long-term decline. And that, as a result of Brussels’s policies, ‘violent street demonstrations could spread from Athens to Lisbon, Madrid and eventually Rome..’

It was during this period in 2008-2010 that China began to expand its presence in Piraeus and the Chinese shipping company COSCO won a 35-year concession to upgrade and run two container cargo piers. In brief, Piraeus began to play the role of a gateway to the Balkans and into the Central and Eastern European (CEE) economies.

What could a SYRIZA win imply for Chinese investments?

If SY.RIZ.A wins the impending Greek elections and if it can govern on its own or via a coalition, its primary concern will be the domestic economy. As a result, it will seek to implement its broad social policy package domestically; and internationally, it will try to initiate measures of debt relief; both of which are currently opposed by the Troika.

Now, China began talks with Athens when the PA.SO.K socialists were still in power. The bilateral co-operation moved to a new level with the conservatives of Prime Minister Samaras and New Democracy. If SY.RIZ.A will take over, Beijing is likely to seek to continue cooperation with Athens and Athens is likely to do the same with Beijing.

In the case of a SY.RIZ.A electoral victory, the primary concern of Mr Alexis Tsipras will be to convince the markets that SYRIZA’s approach to the debt challenge can be stabilising and sustainable in the long run. As Greek living standards have plunged by more than 30%, even as debt per GDP exceeds 190%, SY.RIZ.A will try to make the legitimate case that the Troika’s initial projections were flawed; that Brussels’s policy approach was misguided; and that the past years of a de facto Depression in Greece will not lead either to stability or sustainability. And that includes the 2012 bailout package, which was not the Troika’s way to resolve the Greek challenges, but to ensure time-out for stabilization in Italy and Spain.

Most importantly, when the domestic economy is the crux of the problem, it is vital to SY.RIZ.A that the international environment shall facilitate and support the new changes in Greece. And that includes Chinese-Greek relations. There is a historical parallel to such efforts. More than a decade ago, President Lula came to power in Brazil in a very challenging economic situation and under great pressure from domestic and international creditors. First, he focused on stabilising the markets. Second, he broadened and deepened Brazil-China trade relations. In the end, both Brazil and China benefited; hugely. In Greece, the question is, Can Mr Tsipras replicate President Lula’s magic?

How do you assess China’s policies after the Belgrade summit?

In mid-December Premier Li Keqiang spoke to 16 leaders of Central and Eastern European (CEE) countries. To support cooperation, Beijing also introduced a new €2.4 billion investment fund targeting CEE economies. In Belgrade, a consensus was created to create a Land-Sea Express Passage linking China and Europe; on the basis of the Hungary-Serbia railway and the Piraeus Port. This consensus, in turn, was preceded by Chinese-CEE efforts since 2012, when Beijing announced a $10 billion credit line for the region.

In Brussels, European critics have argued that China is ‘dividing Europe’ and, instead of bilateral or even regional multilateral deals, Brussels should talk with China with the clout of a ‘united Europe.’ In reality, Europe has been divided on its own. The fiscally more stable Northern Europe, the ailing Southern Europe and the transition economies in the Central and Eastern Europe (CEE) are characterised by very different levels of economic development, growth potential and productivity – as a result, their regional agendas and goals differ as well.

In the long-term, Europe needs desperately Chinese FDI for capital and jobs. In turn, China needs European know-how and expertise to support its move to a new stage of development. After the Belgrade Summit, China’s efforts to build and expand its gateways to Europe are broadening and deepening. In the long-term, this is something positive to Europe and China. These efforts – it should be noted – are also an inherent part of China’s new grand strategy. In the era of Xi Jinping and Li Keqiang, Beijing is investing more than ever before in regional integration and interconnectedness, which are surely needed in our increasingly multipolar world economy.