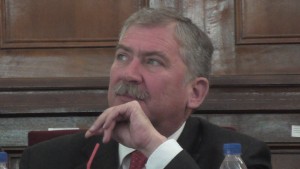 Professor at Panteion University and President of the Institute of International Relations in Athens, Harry Papasotiriou, did recently publish a book on China titled: From Heaven Empire to a Rising Superpower in the 21st Century (in Greek). On this occasion, he talks on chinaandgreece.com and Mr Konstantinos Papanicolaou on the content of the book and the role of China in the contemporary international system. He also focuses on the historical background of China’s stance in contemporary politics.

For more than two millennia China was the center of the international subsystem in the East Asia. The Himalayas as well as some distant sea routes separated it from the other significant center of civilization, India. In that regard, Chinese people traditionally considered their country as the center of the world.  But in the last two centuries, they could not but accept the superiority of Europe. Nowadays, the ongoing rise of China in the international scene makes them to familiarise themselves again with the concept of seeing their country as the focus of international politics.

Moreover, a reviving Confucian tradition on a paternalistic relationship between the political power and the people is apparent.  Mao Zedong made big efforts to eradicate the Comfucian paternalism in China, inciting socially inferior people against their superiors via the class struggle and the Cultural Revolution. His successors in the 21st century, however, focus on the so-called ‘harmonious society’ which refers to the Confucian paternalism. This tradition reinforces the internal stability of China ahead of important challenges in the economy, the society and the environment.

What are the main elements of China’s rise in the 21st century?

Mao Zedong set the basis of the contemporary Chinese state that efficiently controls an enormous territory with a population of 1.3 billion people. On these grounds, a period of internal instability and civil wars – in the 1st half of 20th century – ended. However, Mao could not lead China to a course of economic development. Deng Xiaoping was the one who led the country to steady successful development  at the economic level. His liberal economic reforms guaranteed an annual GDP rise of approximately 10 percent for approximately three decades.

How could Beijing preserve its development pace and also increase its influence in the contemporary international system? 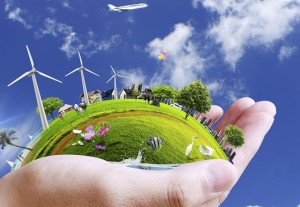 China has to find a new model of economic development domestically. The model applied in the last three decades has reached its limit. China’s growth cannot any longer only come: a) from exports due to cheap labour because competitors like Vietnam are on the rise and b) from public expenses that are based on ‘non-perfoming loans’ of public institutions threatening to destabilise the Chinese banking system or cause high inflation. Thus, the Chinese economic development has to concentrate to a larger extent  on domestic consumption and pay attention to environmental protection. The environment in China has already been damaged because of the rapid industrial development.

As far as external relations are concerned the rise of nationalism leads to high tensions in Asia as it happened in Europe at the beginning of the 20th century. China has frictions with almost all its neighbors. Within this context, the USA takes the opportunity to support the regional competitors of China in order to balance its rise.