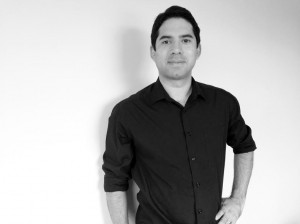 Economic co-operation between China and Latin America has rapidly increased over the past years and especially since China joined the WTO. Latin America offers China a source of raw materials, a market for exports of manufactured goods and an area of diplomatic competition with Taiwan as Professor Rhys Jenkins has pointed out. In order to elaborate on this issue chinaandgreece interviewed Mr Luis Alberto Muñoz, who is Vice President at Republicca Media Group in Costa Rica.

According to Mr Muñoz, ‘China is consolidating a new vision towards the world. In order to maintain its economic growth, Chinese investments must search for new markets to expand. Latin America is becoming an interesting market for those purposes. It is also true that in a first instance the need of raw materials was the main subject in trade relations. But now, with the expansion of Chinese brands abroad the world, Latin America market means a huge opportunity to consolidate value added products and services’.

As Mr Muñoz explains after the financial meltdown of 2007, European and North America economies lost consumer power and then emerging countries in Asia, Africa and America caught the attention of Chinese investors. ‘As an important part to this global vision, China’s government has increased its participation in co-operation, financial aid and infrastructure development’, he adds. These initiatives are creating a more profound bonding between regions and are supposed to work as a platform of formal relations in political and business sense.

But how is Mr Muñoz’s country – Costa Rica – seeing the development of the BRICS? As he said on chinaandgreece, ‘Costa Rica is interested in generating multilateral and bilateral agreements as much as possible. This is because Costa Rica is a small country and wants to have more opportunities for trade and commercial exchanges’. In particular, Costa Rica wants to attract investments from all over the world in fields related to technology, medical and advanced industries. In that regard, BRICS is an important source of investment and export opportunities for Costa Rica.

The major problem – in the view of Mr Muñoz – is that ‘many other Latin America countries, which are OCDE members, have not been accepted to the group of BRICS. The probability of Costa Rica becoming part of BRICS would be rather difficult. But on the other hand, Costa Rica has established bilateral relations with most of BRICS markets.’

Furthermore, as the PRC’s ‘One China Policy’ underlines the country will not maintain diplomatic relations with countries that recognise Taiwan. This has been a significant factor in relations between China and the countries of Latin America. It was in 2007 when Costa Rica broke off its long-standing diplomatic relations with Taiwan and proceeded to the recognition of the PRC. What followed Costa Rica’s change in attitude was Chinese aid to build a new national stadium and to support reconstruction works after major floods as well as a major Chinese purchase of a $300 million Costa Rican sovereign bonds.

Last but not least, as far as relations of China with Latin America are concerned, a company owned by 41-year-old Chinese billionaire Wang Jing intends to construct a 173-mile inter-ocean canal passing though Lake Nicaragua. It may cost more than $50 billion and this project is a bet to lift the nation out of poverty, although scientists warn on ecological consequences. According to Mr. Muñoz, ‘there is no much reliable information about the Nicaragua canal’. But his research suggests that Chinese government itself is not participating in this initiative. ‘Most is related to private investors’, as he says. The construction of the canal is undoubtedly a demanding task and an issue that requires further investigation.