Mayor of Rhodes represents Greece at IMFT in Zhengzhou 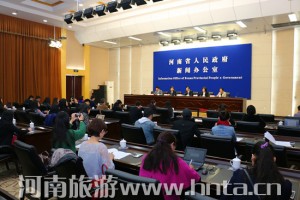 Mayor of Rhodes Fotis Hatzidiakos represents Greece in the 2016 International Mayor’s Forum on Tourism (IMFT) which takes place in Zhengzhou (China) from 24 until 26 May 2016. The Forum is jointly organised by the China National Tourism Administration, the World Tourism Organization (UNWTO) and the People’s Government of Henan Province. Under the theme ‘Tourism, Bond of Interaction between Cities’, IMFT 2016 brings together the knowledge and experience from mayors of worldwide tourism cities as well as experts from international organizations through a series of related activities, including the IMFT Conference and the International Tourism Cities’ Show, to explore the role of tourism in accelerating the interaction between cities.