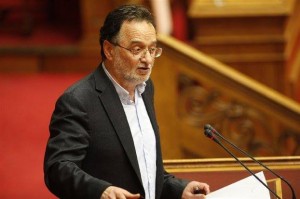 Greek Minister of Productive Reconstruction, Environment and Energy Panagiotis Lafazanis wrote an article in Crash magazine assessing that Greece might be able to economically survive even if the country does not come to an agreement with its partners. In so saying, he proposes that Athens should have a multidimensional economic and foreign policy improving its relations with countries such as Russia and China but also with India, Latin America and the Arab World.  Lafazanis also uses a very aggressive tone against traditional allies of Greece by arguing: ‘Greece under SYRIZA will not be an American-Atlantic field, a feud of Germany and a satellite of the American-Israeli Middle East Axis’.

As opposed to the the writing of Mr Lafazanis, George Tzogopoulos did recently argue in his Global Times op-ed that Greece will not abandon its Euro-Atlantic orientation.