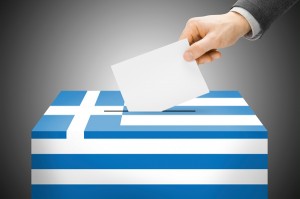 After the ‘Agreement’ of 12 July 2015 Greek Prime Minister Alexis Tsipras had an excellent opportunity to form a coalition government with pro EU opposition parties – New Democracy, Potami and PASOK – solve the internal problems of his own SY.RIZ.A party and govern until the end of its mandate. Instead of opting for this political choice and stay in power in order to implement the necessary structural reforms, he decided to sign the new bailout package of Greece and resign by calling an early election. By doing so, he fuels a new political crisis in the country delaying domestic and foreign investments and creating tremendous problems for the Greek private sector. For the next five weeks, the polarised pre-election campaign will further damage Greece’s international image.

Foreign countries, which plan to invest in Greece such as China, do not become involved in domestic politics of other countries but are certainly skeptical on the lack of political stability. A likely scenario is that in the aftermath of the new election, its winner – even if it is SY.RIZ.A – will face similar dilemmas and will need to form to coalition government. All in all, to call or provoke an election is an easy political decision. To govern and carry out reforms is a difficult task though. But the latter requires leadership.