A new opportunity for the EU and China 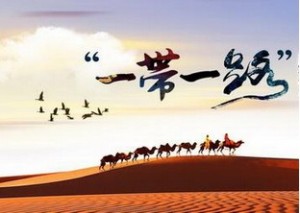 The EU and China have an excellent opportunity to further cooperate in the coming years. The 17th bilateral summit and the 10th business one constitute useful platforms for both sides to come closer and discuss future collaboration. The momentum is positive. That is because the EU and China are highly interested in promoting and stimulating growth. The economic objectives set up by Brussels and Beijing will certainly intersect. On the one hand, President of the European Commission Jean-Claude Juncker is employing a new strategy in order to encourage investors to do business in Europe. This is “Juncker’s Investment Plan.” On the other hand, Chinese President Xi Jinping has already started to implement the “One Belt, One Road” policy, promoting infrastructure development and shipping connectivity in Eurasia.

The ongoing debate is synthesized around the possibility of China contributing to Juncker’s Investment Plan. Juncker hopes to unlock investment of at least 315 billion euros ($392 billion) over the next three years. To this end, his scheme offers low-scale guarantees and loans from the EU budget and the European Investment Bank and leverages further financing from other sources. It is here where Beijing might be a valuable partner because of its unquestionable liquidity and potential to provide funds in the real economy.

In parallel with China’s desire to revive the ancient Silk Road concept in the modern era, the country has already established significant financial instruments to participate in new infrastructure works. The first is the creation of the Asian Infrastructure Investment Bank and the second is the coming establishment of the BRICS New Development Bank.
Additional Chinese banks could be also engaged in Juncker’s European initiative. This issue was, for instance, discussed during a workshop organized in Brussels at the beginning of June with the participation of Yang Yanyi, head of China’s Mission to the EU and Markku Markkula, president of the European Committee of the Regions.

In theory, Juncker’s Investment Plan and the “One Belt, One Road” initiative will work together in a harmonious way. There are several examples outlining the logic of win-win cooperation for the EU and China. Perhaps the most recent is the launch of a new cargo train line service which has opened a trade route between the cities of Harbin and Hamburg. China, South Korea, Japan and European countries such as Germany, Poland, France and Spain will benefit from the new project. Previous cooperation schemes are equally encouraging. The operation of China Ocean Shipping Company (COSCO) in the port of Piraeus since 2009 benefits not only Greece and China, but also other countries including the US.

The participation of China in Juncker’s investment package will be subject to specific terms which remain to be negotiated. But apart from these terms there are two important requirements which have to be taken into account. The first is that Greece must stay in the eurozone. A potential Grexit might cause dramatic consequences to the eurozone during a period when it has slowly started to recover. Investments will certainly be postponed in a political environment of uncertainty.

And the second requirement is related to potential reactions within the European Union to the active role China might undertake in the Old Continent by economically supporting Juncker’s initiative.

Some European voices link the interest expressed by Beijing to political motivations and are concerned about seeing China’s geopolitical position strengthened. These voices have started to be heard since the beginning of COSCO’s investment in Piraeus and could be multiplied should China offer more investment, especially to relatively poor European countries.However, the time for critical decisions has come. If the EU needs the engagement of other sources for the implementation of Juncker’s package, then it needs to sit at the same negotiations table with potential investors such as China.

For its part, China might be able to achieve a double goal. It can not only successfully complement its “One Belt, One Road” policy, but also further improve its public image in Europe as well as counter the perception of deep political games behind its strategy.