New research sheds light into the history of Sino-Greek relations 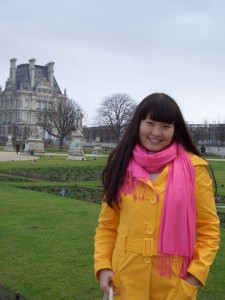 It is certainly not usual to find young Chinese people who decide to study in Greece and complete their doctoral programmes in Greek universities. Dr Wu Yue is an exception as she decided to come to the country after studying world history, philosophy and international communication at the Universities of Peking and Tsinghua respectively. As she explains to chinaandgreece ‘she started courses on Modern Greek from 2003 onwards and attended summer programmes on Greek language at Athens University in 2004 and 2005’.  One year later, after she received her master degree she came to Athens University being recommended by the Hellenic Center of Peking University.

In her PhD thesis at the University of Athens, which was implemented with a scholarship from the Greek State Scholarships Foundation, Dr Wu explored Sino-Greek relations from 1946 until 1966. In particular, as she explains on chinaandgreece, her dissertation focused ‘on Greek attitudes towards China, and the political relations between these two sides during this period’. Using the method of content analysis and discourse analysis, she examined the representations of China in the Greek newspapers during the periods of the Chinese Civil War and of the Korean War (1946-1953), the experience and viewpoints of the Greek travelers in communist China (1956-1966) in the travel literature, the policy of the Greek Ministry of Foreign Affairs towards both the Republic of China and the People’s Republic of China, and the relations between the Communist Party of Greece and the Communist Party of China.

The research of Dr Wu finds out that ‘the political stance strongly influences the attitudes of the Greek newspapers and the Greek travelers towards China. The pro-KMT and anticommunist standpoint is most intense in the right wing Greek newspaper Kathimerini, less intense in the centrist Vima and Eleutheria, while the left wing Avgi is completely pro -communist China. This difference also exists between the liberal/centrist/right-centrist and the left/left-centrist Greek travelers’. On the official level, Dr Wu says that ‘the Greek governments insisted on tough foreign policy towards PRC while being an ally to the Republic of China; the Greek Communist Party, on the other hand, sought the support of CPC to win the media war against the Greek governments’.

Hence, the research shows multifaceted Greek attitudes and politics towards China with the Cold War as the historical background. All in all, it reveals how the ideology overshadows the objectivity when China is represented to the Greek people, either by the Media, the parties, or the State.