What now for Greece? 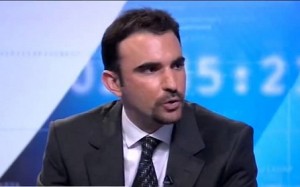 The new agreement between Greece and the EU has both positive and some very negative aspects for Greece’s prospects.

On the negative side, the Greek government will have to implement a further round of very harsh austerity, taking measures worth almost 4-5% of GDP during the following few months. The Greek economy is in a very bad state due to the uncertainty that 5 months of negotiations has created and, of course, the closing of the banks two weeks ago. Therefore these measures will be extremely painful.

Furthermore, the destruction of trust that occurred since January is reflected both in the speed and the manner that these measures must be implemented. The Greek government must legislate four major reforms by Wednesday (July 15th) and only after this has been achieved to the Eurogroup’s satisfaction will an initial tranche of funds be released and the actual negotiations for the full-blown program begin. It is clearly unsustainable for this program to be run in such an intrusive and pedantic way.

Nevertheless the agreement has three positive aspects, over and above avoiding Grexit.

First, the program lasts for three years and has the required size (82-86 billion euros) to cover Greece’s financing needs for that period. Therefore, once the program begins the uncertainty, that did so much damage to the economy during the past few months, will stop.

By contrast, the program proposals that were discussed up until a few weeks ago were much smaller and were only designed to cover Greece’s needs for the next few months. They would, as a result, have extended uncertainty about next year’s funding into the coming six months.

Second, the EU has committed to mobilize 35 billion euros in the coming 3-5 years to spend on investment and related projects in Greece.

If used speedily and fully these funds will help soften the blow of extra austerity and it is the first time that the EU recognizes the importance of moving beyond austerity as a solution to all problems.

Third, it is mentioned that Greece’s debt burden might be lightened after the first successful review of the program. Of course, this is not a firm commitment but it acknowledges that Greece’s level of debt is unsustainable.

On balance, I believe that following this program is much preferable to the alternative, Grext. If the program stays on course then it is possible that some trust will be rebuilt, thereby facilitating future negotiations, and that the investment plan might help jump-start the economy.

However, it is worth keeping in mind that if the Greek government had negotiated with the same urgency since January, an agreement would have arrived much earlier, the economy would not have collapsed and the measures would have been much lighter.