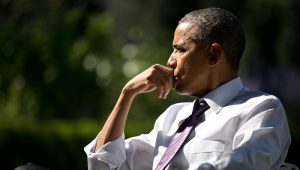 The visit of US President Barack Obama to Athens can be regarded as a signal of Washington’s support for Greece’s stay in the eurozone and the implementation of necessary structural reforms. Washington also supports the extension of IMF’s participation in the third Greek bailout as well as a debt-restructuring of Greece’s official debt. Additionally, the visit of Obama demonstrates that the US values Greece’s role in Eastern Mediterranean and the Balkans as well as the importance it attributes to the country’s stability as opposed to some of its neighbours, principally Turkey. Although the result of the US presidential election does not necessarily guarantee continuity in American foreign policy, it is premature to suggest that Washington will radically reconsider its approach towards Greece after the inaugration of Donald Trump.

A significant theme in association with the visit of Obama to Athens but not largely discussed is how the US views Chinese investments in Greece. The implementation of ‘One Belt One Road’ (OBOR) policy has caused some concern in America: not only because it is considered as China’s response to US pivot to Asia but also because it creates new opportunities for Beijing to meet its objectives. These include the diversification of export markets, the profitability of Chinese companies, the facilitation of access to energy and food and the future internationalisation of the renminbi. In parallel with them, Washington pays close attention to potential changes in international governance the implementation of OBOR means and what it could entail for Beijing’s new international role.

Greece is a key country in China’s OBOR strategy. The investment of COSCO in the port of Piraeus signals the ongoing interest shown by the Chinese administration in Greece’s critical geopolitical significance. As a matter of principle the US positively sees every effort made by a foreign investor in Greece. In that regard, there is no objection to Chinese investments in the country. These investments are considered as steps which can kick off the Greek economy and promote growth. From an American perspective it can hardly be argued that political motivations and ambitions, which might alter the balance of power in Eastern Mediterranean, are diagnosed in the case of Greece.