One Belt One Road an open co-operation mechanism 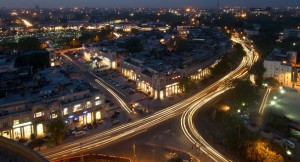 A discussion with Ms Cai Jianhong

Why is President Xi focusing largely on the One Belt one Road?

According to my point,  the One Belt One Road  project  is a part of  new stage of China’s Policy of Reform and Opening, which is quite an important thing for China’s future. It will play a huge role in three aspects. Firstly, on the great strategic level, it is a breakthrough in the context of China’s encirclement policy by the US. Secondly, it  is a move of economic development strategy that  China pays high expect to break the bottleneck issues of the  industry transformation and to keep Chinese economic development  at stable speed. Thirdly, it will be helpful on building a new regional order that China does not tend to lead but to give it a big push for its establishment.To me, the economic factor is the most important one  in a long  period of time .

What can other countries achieve by participating in this project ?

The first point I can remind of is money, namely  investments by China and trade with China. The second one is that we have the common potential areas of economic growth among those participants. The third one is that the One Belt One Road provides an opportunity for those countries to participate in the regional order establishment.

Where are the boundaries of the One Belt one Road?

This project develops dynamically and gradually, and currently  it is in its initial stage. Now, the two areas, Central Asia and Southeast Asia, are the essential areas, and on the basis of the two former areas, there are two paths for the future expansion of the co-operation boundaries. The first path is the development towards East European countries and then further towards West European countries and the second path of the expansion involves Sri Lanka and even the

whole Indian Ocean countries. But I do not  think it will  stop even there. It is an open cooperation mechanism.

Cai Jianhong is a Ph.D student at the Graduate School of Chinese Academy of Social Sciences. She has co-authored the books Asia Pacific political study 35 Years：1979——2014 《亚太政治研究35年1979——2014》 and The Cultural Strategy Among Great Powers‘ Rise《大国崛起中的文化战略. In her Ph.D thesis she elaborates  On“ the One Belt And One Road ” And Regional Security （《一带一路与地区安全》）