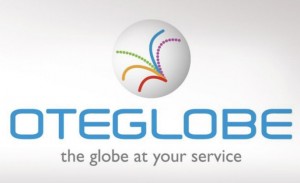 OTEGLOBE announces that Asia Africa Europe -1 (AAE-1) subsea cable system has successfully landed at OTE’s international Chania landing station, in the island of Crete in Greece. All shore end works at Chania have been successfully completed and Greece is now officially connected to AAE-1 cable system. The AAE-1 submarine cable spanning approximately 25,000 km, will be one of the first unique cable systems connecting Hong Kong, Singapore, Middle East, Africa and Europe and providing an alternative low latency route between Far East and Europe. Its completion will provide additional protection and diversity to the existing heavily congested cable systems. AAE-1 subsea cable will be ready for service at the end of 2016.

OTEGLOBE has been a full member and landing party in AAE-1 from its initial conception back in 2012. Landing the cable in Greece marks a significant milestone for AAE-1 project, since OTE’s International landing station at Chania – Crete is the first entry point in Europe, very close to Egypt and N. Africa, from where new, unique and diverse routes towards East and West Europe are available over OTEGLOBE’s reliable, existing network footprint.

OTEGLOBE is the only carrier that reaches West Europe through Greece with two fully owned, geographically diverse networks, the GWEN and the TBN, while operating a private IP network with presence in the main telecom hubs in Europe. Hence, by offering an alternative transit route, connecting Europe to Asia and the world through Greece, OTEGLOBE combines both a resilient subsea route with a terrestrial reliable solution and is emerging as a reliable hub in the Mediterranean basin .’By leveraging the geographic position of our country and keeping an eye on future demands, OTEGLOBE proudly participates in the new subsea Silk Road to connect East and West,’ states Mr. Dino Andreou, CEO of OTEGLOBE. ‘With the cable successfully landing in Greece and its connection to our existing, optical backbone diverse network, we’re planning to serve a significant portion of the traffic that originates from the rapidly growing markets of the East, such as China and India, thus highlighting Greece as an alternative hub in the Mediterranean basin.’

When completed AAE-1, it will connect Hong Kong, Vietnam, Cambodia, Malaysia, Singapore, Thailand, India, Pakistan, Oman, UAE, Qatar, Yemen, Djibouti, Saudi Arabia, Egypt, Greece, Italy and France. AAE-1 cable system deploys 100Gbps transmission technology, with a minimum design capacity of 40 terabits. It is a next generation subsea cable that bridges both the major Asian gateways of Hong Kong & Singapore with multiple Onward-Connectivity options in Europe featuring unique landing points in Greece, Italy & France. One of the unique features of AAE-1 is that whilst it terminates at two PoPs in Singapore, it also continues further into Asia via diverse terrestrial routes across Thailand connecting Vietnam and Hong Kong. This routing enables AAE-1 to have one of the lowest latency’s between Hong Kong, India, the Middle-East and Europe.