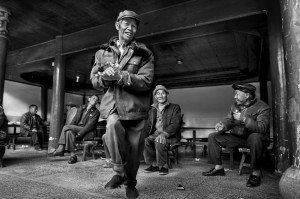 Two travel pictures from China and Greece belong among the best ones for 2014. In particular, Malaysian oral implantologist, Nick Ng Yeow Kee won the Tribes portfolio category with his intimate black and white portraits of elderly people in China. Tribes runner-up was Niko Vavdinoudis for his picture depicting the old pagan ritual of the bell-bearers in Nikisiana village of the Greek city  of Kavala. The winning images from Travel Photographer of the Year 2014 will be exhibited at London’s Royal Geographical Society from 24 July, 2015.