The European Maritime Day will be celebrated in Piraeus this year. On this occasion, special events and exhibitions will take place from 28 until 31 May 2015 under the aegis of the municipality of Piraeus and the European Commission and with the participation of the Piraeus Chamber of Commerce and Industry. 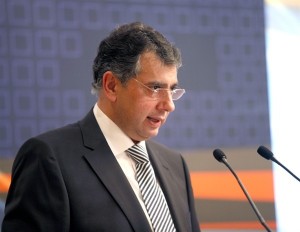 The President of the latter Vassilis Korkidis analyses the Sea Days 2015 giving an interview chinaandgreece.com. As he says: ‘The European Maritime Day is celebrated every year by the European Union to highlight the important role of  oceans and seas in the daily live of EU citizens and the European efforts to achieve  sustainable development. In particular, we the Mediterranean peoples must protect this historic and rich sea, while taking advantage of its enormous potential. From 28 to 31 May 2015, Piraeus will be the maritime capital of Europe, outlining the  excellence of Greek shipping as well as our city’s and port’s comparative advantages. We need to thank companies based in Piraeus, members of our Chamber’s Board of Directors, Piraeus Mayor Ioannis Moralis and Counselor of Local Economic Development and Entrepreneurship of the Municipality, Petros Kokkalis’.