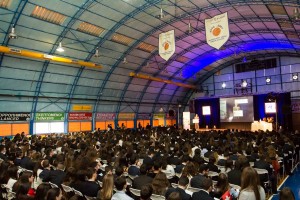 In its interest to join the ongoing debate on the refugee crisis Platon School invited numerous pupils from different world coutries in Athens and gave them the opportunity to discuss this critical issue and exchange views on the matter. Specifically, from 4 until 6 March 2016 Platon organised  a simulation game in the context of its ‘Model United Nations Conference (PS-MUN) ‘ initiative. It was the sixth-time the School organised such as simulation game.  The conference of this year ended with a resolution voted by the pupils on the refugee crisis, which is available here.

You can also watch here a video from the Platon event.