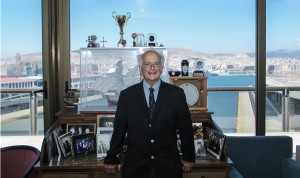 Andreas Potamianos, one of the protagonists in Greek shipping for decades and president of the Greece-China Association, gave an interview on Xinhua commenting on the recent privatisation of the Piraeus Port Authority. In particular, he considered the deal ‘as a landmark step in Sino-Greek cooperation as well as in the progress of the One Belt One Road initiative and Greece’s economic development.’ According to Potamianos, the combination of Greeks’ deep knowledge of maritime affairs and Chinese’s excellence in organisation will help transform Piraeus into a modern key transit hub for passenger vessels and cargos in Europe and give boost to the revival of the ancient Silk Road and Greece’s efforts to restore growth and exit the six-year debt crisis.

You can read here the original Xinhua article.