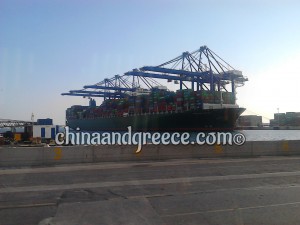 The general assembly of shareholders of the Piraeus Port Authority (PPA) approved the concession agreement between PPA and the Greek state on Friday 10 June 2016. This decision paves the way for the privatisation to be voted for in the Hellenic Parliament and for COSCO to undertake the management of the port. The process is expected to be concluded before the visit of Greek Prime Minister Alexis Tsipras in China.