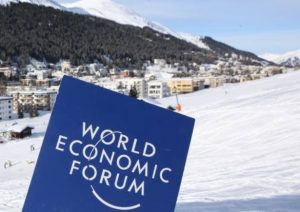 It was back in 1999 when a Chinese president – Jiang Zemin – last visited Switzerland. Eighteen years later, Xi Jinping will travel to the country with three goals in mind. The first is to foster bilateral ties between the two states. The second is to participate in the 47th World Economic Forum in Davos. And the third is to visit the United Nations office as well as some other multilateral organizations.

According to statistics from China Customs, trade volume between the two countries reached US$44.26 billion in 2015. Also, the last six years have seen China become Switzerland’s most important trade partner in Asia and its third biggest one globally.

The free trade agreement signed between the two sides in 2013, which came into effect one year later, has facilitated mutual economic cooperation. A recent analysis by the Zurich Centre for Security Studies argues that Switzerland is well placed to act as a financial hub for future RMB transactions, especially as Beijing begins the process of reforming its financial sector and allowing Chinese currency to be traded more openly on international markets.

On these grounds, some new deals are expected to be signed during Xi’s official visit to Switzerland. Innovation will almost certainly be the driving force. Beijing attributes special significance to innovation – as the 13th Five Year Plan stipulates – and Bern is prepared to offer its expertise in fields such as manufacturing industry. The two countries established an innovative strategic partnership during former Swiss President Johann Schneider-Ammann’s state visit to China in 2016, and this constitutes the institutional basis for further collaboration.

From another perspective, history plays a role in the evolution of bilateral partnership. Switzerland recognized the People’s Republic of China in January 1950, only a few months after its founding and long before many other countries of Western Europe. Also, it has already been 10 years since Bern recognized Beijing’s Market Economy Status. This contradicts the stance of the EU, which remains skeptical of following suit. Within the framework of these favorable economic and political conditions, people-to-people exchanges and tourism are flourishing between China and Switzerland. In 2015 – as Foreign Minister Wang Yi wrote – the number of Chinese tourists staying overnight in Swiss hotels had exceeded 1 million.

With reference to Xi’s participation in the 47th World Economic Forum in Davos, this has a both symbolic and practical significance. At the symbolic level, Xi will become the first Chinese president to take part and address this global conference. This year’s forum coincides with the stabilization of China’s economy growth at approximately 7 percent as well as with its attempt to boost international initiatives.

At the practical level, Beijing has an opportunity to reiterate its standard position on the need for international economic cooperation. As Xi also made clear during the Hangzhou G20 summit last September, sustainable growth, innovation, the protection of the environment, preventive measures against potential crises and the fight against tax-evasion and corruption are the pillars of an efficient strategy for the future. Some of themes of the 47th Davos Forum – such as restoring economic growth, the fourth industrial revolution, global collaboration and responsive leadership – go hand in hand with these pillars. Subsequently, the president of China is expected to share his vision.

Last but not least, Xi’s visit to Switzerland outlines China’s commitment to the strengthening of international bodies such as the U.N. and the World Health Organization. According to the official schedule, he will – inter alia – deliver a speech on establishing a “community of shared future,” meet the new U.N. Secretary-General Antonio Guterres, and sign agreements on healthcare cooperation under the framework of the Belt and Road initiative. Beijing’s policy will become apparent in a period during which Washington’s new approach remains questionable. President-elect Donald Trump, for instance, recently called the U.N. “just a club for people to have a good time.”

More importantly, Xi’s new international visit is not an isolated initiative of the Chinese leader but is placed under a well-structured foreign policy scheme. It constitutes an additional step towards Beijing’s strategy to increase bilateral relations with other countries – now Switzerland – to support multilateralism and to enhance its global role.