Greece should co-operate with its partners 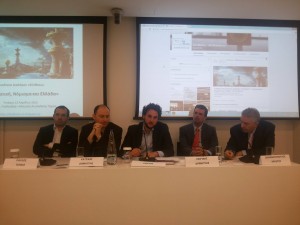 Speakers of the public debate 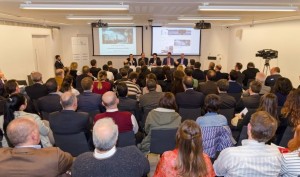 Speakers agreed that the Greek government has to co-operate with its European partners in order to pave the way for the stabilisation of the economy. Although other theoretical alternatives widely discussed in the media discourse such as a potential loan by Russia or China were discussed by panelists, they were considered as vague. The audience participating in the discussion expressed its high concern for future developments and the risk of a Grexit but all speakers did not hide their optimism that a solution will be found sooner or later helping Greece to return to normalcy.

In order to foster public dialogue on the future of Greece and Europe as well as to engage  a dynamic audience ‘Sinthesis’ Dialogue Community will soon organise similar events  which chinaandgreece.com will actively support.