What does it mean for the yuan to be included in SDR? 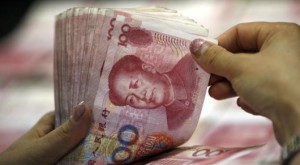 ‘The inclusion of the renminbi in the SDR is the biggest structural event in currency markets since the creation of the euro.” This was the title of a recent article published on the Euromoney website. This neatly sums up the view of analysts on the importance of the expansion of the international reserve assets of the IMF to include the Chinese currency. Although this decision was made in November 2015, it took effect only a few days ago, opening a new page in the history of global economics with the inclusion of a currency from a developing country in the SDR. The other currencies are the U.S. dollar, euro, Japanese yen and British pound.

In November 2015 IMF Managing Director Christine Lagarde praised the progress made by the Chinese administration in implementing monetary and financial reforms. This has now been complemented by remarks from Siddharth Tiwari, director of the Fund’s Strategy, Policy, and Review Department, acknowledging the advances made in liberalizing, integrating, and improving the infrastructure of China’s financial markets. Tiwari also positively commented on steps made by Beijing to increase data disclosure and enhance its commitment to multilateral data initiatives.

From an IMF perspective, the SDR with the inclusion of the renminbi will achieve satisfactory diversification. Symbolically, it is the first time the basket welcomes a new currency after the French franc and the German mark were replaced by the euro in 1999. In practical terms, the basket’s composition better reflects the current line-up of the world’s major currencies and the world economy on the whole. This then leads to the question as to whether this will help the IMF to increase its attractiveness as an international reserve asset. Although it is premature to draw firm conclusions, the sale of SDR bonds in China by the World Bank is certainly remarkable. Bloomberg has reported on predictions by China Construction Bank that bonds denominated in SDR will swell to 5 billion SDR units ($7 billion) domestically in the next few years.

From a Chinese perspective the inclusion of the renminbi in the SDR not only constitutes international recognition of its economic achievements in recent decades, but also shows the central role China is playing in world economy. Perhaps, more importantly, it confirms that the renminbi has started to be traded in the principal exchange markets and to be widely used in international transactions. This criterion was seriously considered by the IMF prior to its decision on the new structure of the SDR. A report issued by the Bank of International Settlements (BIS) a few days ago, for instance, presents interesting data concerning currency trades over a three-year period. In particular, it shows that the average daily turnover of renminbi almost doubled, from $120 billion to $202 billion, between April 2013 and April 2016.Additionally, it demonstrates that the renminbi doubled its share to 4 percent, to become the world’s eighth most actively traded currency and the most active among emerging markets, overtaking the Mexican peso in April this year. The rise was primarily due to the increase in trading against the US dollar, account for as much as 95 percent of overall volume.

Furthermore, the People’s Bank of China says the renminbi has become largely accepted in cross-border trading. In 2015, the volume of cross-border receipts and payments reached $1.83 trillion, an increase of 21.7 percent year on year. The fact that the renminbi slipped in the global league tables for cross-border payments in the first half of 2016 does not alter the general upward tendency.

All in all, the road towards internationalization of the renminbi has already begun. The process will be lengthy, especially as far as its deployment and utilization as a reserve currency is concerned. However, this is in tune with China’s patient and careful philosophy in world affairs. The internationalization of the renminbi is not itself a goal that should be immediately met. When conditions are mature, this will happen as a natural development and not as the result of pressures and interventions.

Gradual progress is the key of success. Even Britain’s exit from the EEC (Brexit) might ultimately boost the internationalization process instead of hindering it. There is no better example highlighting the increasing strength of the renminbi – now also as part of SDR – than the effort of various European countries to partly replace the City of London and offer offshore hubs. The dynamic is evident.