Is the revival of the Silk Road comparable to Marshall Plan? 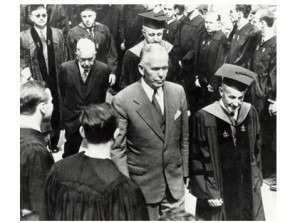 The knowledge of history is important to understand current politics. It also often functions as an example for leaders shaping their decisions. But the main requirement for benefiting from history is its wise and prudent use. Only careful historical views can provide an antidote to present myopia. By contrast, the misuse of history leads to a distortion of information and uncomfortable misunderstandings.

A recent example, which draws on the use and misuse of history, is related to the ongoing comparison of China’s attempt to revitalize the ancient Silk Road with the US decision to provide economic and military assistance to countries of Western Europe after WWII.  In particular, some scholars endeavor these days to find a parallel between the European Recovery Program, widely known as Marshall Plan of 1947, and the “One Belt and One Road” initiative, namely, the Silk Road economic belt and the 21st century Maritime Silk Road.

To compare these two projects, an analysis of two different speeches is required. The first was given by former US secretary of state George Marshall in June 1947 at Harvard University. The second was given by Chinese President Xi Jinping in September 2013 at Kazakhstan’s Nazarbayev University.

Marshall spoke on the necessary rehabilitation of Europe. As he specifically said: “The truth of the matter is that Europe’s requirements for the next three or four years of foreign food and other essential products – principally from America – are so much greater than her present ability to pay that she must have substantial additional help, or face economic, social and political deterioration of a very grave character.” The amount to be provided to European nations amounted, at that time, to $13 billion. A few months earlier, in March 1947 the US had already decided to directly assist Greece and Turkey.

In his speech, Xi focused on China’s policy of good-neighborly and friendly cooperation with countries of Central Asia. By laying the emphasis on history, he excluded the scenario of Beijing creating spheres of influence in Central Asia and elaborated on the concept of collaboration, peace and common prosperity.

Xi also shared his hope for better policy communication and living conditions, infrastructure works, efficient transportation and monetary circulation. In that regard, he referred to the central role of China in providing aid by creating a fund worth of $40 billion.

The speeches of both Marshall and Xi can be certainly connected due to their common reference to the commitment of both the US and China to support other countries. A fundamental difference, however, is evident. It is related to the context the speeches were given.

On one hand, the Marshall Plan was part of Washington’s attempts to contain the expansionism of Soviet Union and prevent Western Europe from falling into communism. On the other hand, the “One Belt and One Road” initiative will be undertaken in a period in which the world is becoming highly multipolar.

In other words, the Cold World bipolar structure finds no resonance in today’s era. In parallel with this, the confrontation between the US and the Soviet Union has no analogy nowadays.

Although some scholars in the West suspiciously interpret the rise of China and predict some tensions with Washington in the future, a larger number of analysts remember the parameters of globalization and economic interdependence and cautiously warn of the risk of a mutually asserted destruction in the case of serious conflicts in the 21st century.

All in all, Xi gave his speech at Kazakhstan’s Nazarbayev University without denoting the existence of an opponent in the international arena. This does not of course mean that the Chinese leader should refrain from proposing and implementing plans that can strengthen the international position of China in the globalized era. This is how the “One Belt and One Road” initiative might be better understood.

A comparison between the Marshall Plan and the “One Belt and One Road” project offers food for interesting observations regarding the new world order of the 21st century and international relations in general. More importantly, it stresses the need to efficiently study and teach history. This cannot be achieved if context and different circumstances are ignored.