Is there a room for renegotiation? 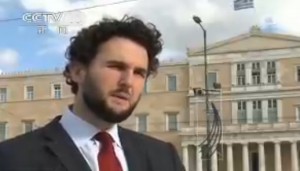 In an interview with journalist Ming Gong on CNTV  in the aftermath of the Greek national election of 25 January 2015, George Tzogopoulos discussed future perspectives for the new government of SY.RIZ.A and the Independent Greeks. As he said, although it has created hopes to many Greek citizens to end austerity, its mission will be particularly hard. That is because there is no real will from the part of the country’s creditors to renegotiate. Therefore, as Tzogopoulos said that the new Greek government will only increase its chances to succeed by respecting the country’s international obligations.