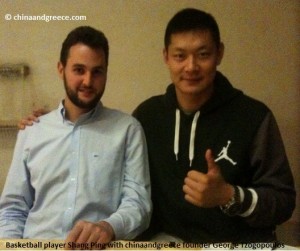 The 2013-2014 basketball season was marked by the return of Maccabi Tel Aviv to the Euroleague throne. It also signaled the first straightforward promotion attempt of the Euroleague spectacle into China. Shang Ping became the first Chinese basketball player to leave China for playing in a Greek team, the six-time European champions Panathinaikos. Shang (2.05) was born in 1984, studied in New Zealand and played college basketball at Nebraska and Emporio State. He later joined teams such as Shanxi Brave Dragons and Qingdao Double Star Eagles. 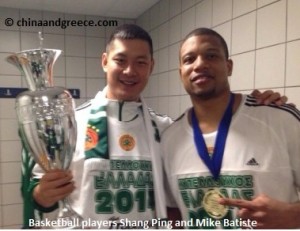 As a player o Panathinaikos Shang won the Greek championship and national cup. Although not playing a lot, he is enthusiastic about his presence in Greece and experiences he collected. As he explains on chinaandgreece.com, ‘his decision to come to Greece was fair and will play an important role in his future career.’ Shang was continuously enjoying training with players such as Dimitris Diamantidis and will never forget his Greek friends who helped him to become quickly adjusted to the new environment. People who met and worked with Shang Ping say he was an always smiling athlete and a good character seeking every day to become better. The beginning for Chinese basketball players to come to Europe has already been made thanks to him.