Sino-Greek co-operation for the award of scholarships to students 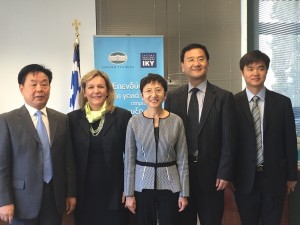 The Greek State Scholarships Foundation and the Chinese Scholarship Council have agreed to co-operate for the promotion of the latter’s education programmes in Greece. In particular, the Chinese Scholarship Council intends to grant approximately 100.000 scholarships for the next academic year to Chinese students wishing to study at international universities and to international students wishing to study in China. Within this context, it has already established partnerships with leading institutions such as Harvard University, MIT, the University of Cambridge and Imperial College.