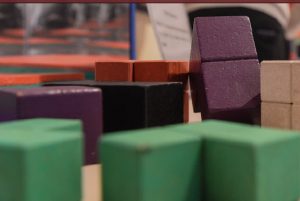 The Museum Herakleidon and the China Science and Technology Museum (CSTM) of Beijing have agreed to cooperate with the objective of organising and exchanging exhibitions in 2017. In particular, from September 2017 onwards and until January 2018, the Museum Herakleidon will host,  the exhibition of the CSTM “Ancient Chinese Science and Technology”, while beginning in October 2017 and running through March 2018, the Museum Herakleidon will present, at the China Science and Technology Museum in Beijing, the exhibition “EUREKA. Science, Art and Technology of the Ancient Greeks”, in collaboration with the Association for the Study of Ancient Greek Technology and Mr. Theodosis P. Tasios, professor emeritus of the School of Civil Engineering of the National Technical University of Athens, as scientific consultant. The joint goal of the two museums is the strengthening of the relations of the two nations by getting to know and promoting each other’s important cultural heritage.

The China Science and Technology Museum, the most comprehensive museum of science and technology in China, opened in 1988. It is a large-scale science popularization facility for the implementation of the national strategy of invigorating the country through science and education, and for the enhancement of the scientific literacy of the general public through interactive exhibitions, science popularization activities and educational programs. The footprint of the museum is 48,000 m2, with a total area of 102,000 m2, covering an important part of the park “Olympic Green”, which was created for the 2008 Beijing Olympic Games, to highlight its motto “Green Olympics, Scientific Olympics and Olympics of Humanity”. It comprises five main thematic exhibitions (Science Paradise, The Glory of China, Science, Technology and Life, Explorations and Discoveries, Challenges and the Future). There is also a temporary exhibition area, as well as four special-effect theatres, lecture halls, a number of laboratories and classrooms and other facilities. Composed of numerous building block-like concrete blocks that articulate with each other, the structure of the museum is made to look like a Lu Ban lock or “magic cube”, to symbolize science as an endless process of “unlocking” and “discovering” secrets.

The Museum Herakleidon has been bringing art, education, and culture to the general public since 2004. The inspiration comes from the founders Paul and Anna-Belinda Firos. During the first decade of its operation, the museum focused on the fine arts and organized exhibitions of the works of several important artists (M.C. Escher, Victor Vasarely, Carol Wax, Constantine Xenakis, Toulouse-Lautrec, Edgar Degas, Edvard Munch, Sol LeWitt, et al.). Today the museum has evolved into an interactive center for popularized science. Based on its philosophy of Science, Art, and Mathematics, it provides innovative educational programs for students, teachers and adults, as well as exhibitions of art and popularized science at its two buildings in Thissio (16 Herakleidon Str. and 37 Ap. Pavlou Str.).