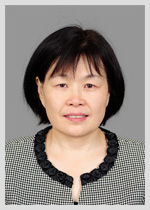 One of the most important figures of COSCO and Party Committe Member, Ms Sun Yueying, is heading the negotiations of the company with the Hellenic Republic Asset Development Fund in the context of the Piraeus Port Authority privatisation. Her participation is indicative of the importance Beijing is attributing to the process. Ms Sun Yueying joined COSCO in 1982 and became Chief Financial Officer in December 2000 and Party Committee Member of COSCO Group in April 2004. Prior to that, she had been the Deputy Director of the Financial Department of COSCO Tianjin, the Financial Director of COSCO Japan, the General Manager of Finance & Capital Division of COSCO Group, and the Deputy Chief Financial Officer of COSCO Group.