The road towards RMB internationalisation

The world attention is turned towards China due to the relative slowdown of its economy and the fall of its stock market. Nevertheless, perspectives for the country are not as grim as they are often presented.  According to a recent IMF decision the Chinese currency renminbi (RMB) will be included this October in the basket of currencies which make up its Special Drawing Right (SDR). The revised SDR basket will be based on the following weights: 41.73% for the US dollar; 30.93% for the euro; 10.92% for the Chinese RMB; 8.33% for the Japanese yen, and 8.09% for the British pound.

Talking to chinaandgreece.com, Professor of Finance at Wuhan University Peng Hongfeng, considers this development ‘as an international recognition of China’s reforms and a milestone for international monetary system’. In his view, the inclusion of the renminbi in the Funds’ SDR will boost its credibility also outlining China’s successful integration into the global financial system. He, nevertheless, rather focuses on the symbolic dimension of the development because the SDR is neither a currency nor IMF’s debt itself. Within this context, he does not necessarily expects international demand for RMB holdings to be increased. 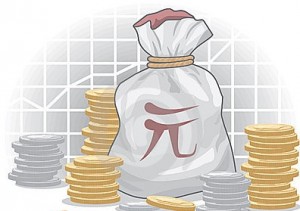 According to Professor Peng the road towards a full internationalisation of the Chinese currency will be long in spite of positive perspectives. The Chinese government has since 2009 taken some steps towards this direction strengthening cross-border trade and investment as well as opening up the domestic bond market. However, the RMB percentage in global capital reserves still remains low. All in all, the Chinese scholar believes that the necessary prerequisites for the RMB full internationalisation are related to macroeconomic stability, international confidence to the Chinese currency, domestic structural reforms, capital account liberalisation and the launch of a cross-border RMB payment system.

As far as the stock market crisis is concerned, Professor Peng says on chinaandgreece.com that ‘although the risk of a crash has not been completely eliminated, it seems that the most dangerous time has passed’. He therefore expects 2016 to a stable year with more responsibility.