US withdrawal from TPP 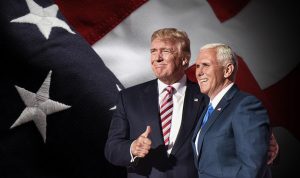 By George N. Tzogopoulos
It is premature to predict whether or not Donald Trump’s pre-election promises will match his post-inauguration deeds. However, his first days in power signal his sincere will to act in line with the agenda that helped him win the presidential election. An initial indication of this tendency is his decision to abandon the Trans-Pacific Partnership (TPP). Although the TPP wasn’t expected to pass a vote in Congress, Trump’s executive order confirmed the withdrawal.

At first glance, the Obama-led U.S. pivot to Asia is suffering a practical blow. The ΤPP aimed at boosting the former president’s effort to encircle China at the economic and trade levels. Now that this policy cannot be implemented via TPP, a debate on the consequences as well as what should be done next is flourishing.

The American establishment does not favorably look at Trump’s decision to pull out from this trade deal. Coverage by mainstream media is indicative. The Washington Post expressed its disagreement and connected it with future benefits for China. An article saw the 45th U.S. President “giving China its first big win” and “[handing it] its clearest yet opening to tilt the geopolitical balance in Asia in its favor.” In the same vain, Bloomberg diagnosed that Trump gave a “gift” to China and “damaged American prestige.” CNN also asserts that the “door [is] open for Beijing to push its own brand of trade.”

How has China reacted to all of this? For a period of approximately one year the country has paid careful attention to Trump’s rhetoric while slowly developing its own policies. To start with, the Regional Comprehensive Economic Partnership (RCEP) outlines the will of Beijing to promote negotiations on trade in goods and services while improving access to investment markets in 16 Asian participating economies. A recent White Paper on China’s Policies on Asia-Pacific Security Cooperation makes particular reference to RCEP. In parallel with this, the country places emphasis on boosting integration in the Asia-Pacific region. President Xi Jinping clarified this priority in a speech he gave at the APEC Summit in Lima a few days after the U.S. presidential election.

The question to be asked is whether Trump’s executive order on TPP can accelerate the achievement of China’s goals. The answer is positive. Although Beijing’s strategy has been gradually developed without taking Trump’s victory for granted, the existing void might be filled by its economic policies. In this regard, mainstream American media are right.

Nevertheless, a step-by-step approach is required. RCEP could certainly be an alternative to TPP but the stance of some Asian countries has to be examined, as they seem to be restraining factors. India is a particularly significant case. The difficult negotiating stance of New Delhi will not necessarily change as it endeavors to prevent some loss of its domestic industry by the reduction of tariffs. Moreover, Japan has traditionally viewed China’s initiatives in a suspicious way and is finding it currently hard to adjust to new developments after Trump’s inauguration.

Beijing is aware of some contradictory positions on the road to RCEP conclusion and is prepared to largely invest in negotiations. It is also counting on the support of Asian nations that are enthusiastic about RCEP and can partly sideline the Indian and Japanese argumentation in future deliberations.

In the meanwhile, however, Beijing is closely monitoring how the 45th U.S. President formulates his trade policy after withdrawing from the TPP. He said he would pursue bilateral trade deals with different countries. Japanese Prime Minister Shinzo Abe, for instance, has already expressed an interest in the proposal. For its part, the Chinese administration does not cultivate any illusions that Trump will accept a Chinese domination over international trade. By contrast, it is preparing itself for all scenarios, even a trade war, as long as the U.S. is in search for new bilateral deals of “fair trade” with its partners.

Under current circumstances, time works in favor of China. Trump has applied a protectionism agenda and raised many doubts on whether his plan will benefit or damage American economic interests. By contrast, China remains committed to its policy of supporting globalization and enhancing economic collaboration as Xi reiterated in his Davos speech. Last but not least, it is continuing the implementation of domestic economic reforms to achieve sustainable growth for years to come. According to an article authored by Premier Li Keqiang and published on Bloomberg: “Economic globalization has enabled the creation and sharing of wealth on an unprecedented scale [and China] offers an anchor of stability and growth with its consistent message of support for reform, openness, and free trade.”