Tsipras’ failure to find funds in Moscow and Beijing leads him to land into reality, says Tzogopoulos on DW 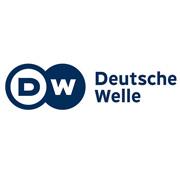 Giving an interview to Deutsche Welle in which he assessed the first 100 days of  the new Greek government, Dr George Tzogopoulos argued that Prime Minister Alexis Tsipras attempted to find funds in Russia and China in order to secure alternatives. In failing to do so, he had to land into reality and co-operate with Greece’s European partners and the IMF. Tzogopoulos also said that the majority of Greek citizens wants the government to come to an agreement which its creditors even if this will ignore SYRIZA’ preelection promises.

From the very first beginning chinaangreece.com had argued that neither Russia nor China would be prepared to offer bilateral financial assistance to Greece.

You can read here the article written by journalist Jannis Papadimitriou on Deutsche Welle (in German).

Share the post "Tsipras’ failure to find funds in Moscow and Beijing leads him to land into reality, says Tzogopoulos on DW"