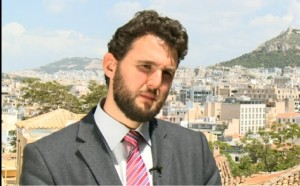 Relations between the EU and Russia have been problematic since the outbreak of the Ukraine crisis. Although it is the US which has largely shaped the former’s approach – particularly by exerting pressure on Brussels to implement additional sanctions against Moscow – the resulted deterioration of the relationship has seriously impacted all involved economies. The new Minsk Agreement offers a window of opportunity for a breakthrough in Ukraine, but as long as no viable solution is agreed upon, the area’s economies will continue to suffer. The EU, and principally its economic locomotive Germany, have made it clear that they will support Ukraine and its economic reconstruction. Their Deep and Comprehensive Free Trade Agreement (DCFTA), which was signed in June 2014 and will be implemented in January 2016, according to the readjusted schedule, is the most indicative example. The objective is to boost bilateral trade and help Ukraine align itself with some of the EU rules.

However, Brussels seems hesitant to proceed with its economic cooperation with Kiev and completely ignore the priorities of Moscow. It is highly concerned about a potential aggressive reaction from the part of Russian President Vladimir Putin. It is therefore attempting to include Russia in a wider free trade area scheme where economic cooperation between Russia, the EU and Ukraine will be enhanced on a trilateral basis.In particular, in January 2015 German Chancellor Angela Merkel offered Russia cooperation in a joint trade area. In the same vein, Vice-Chancellor and Economy Minister Sigmar Gabriel also proposed concrete discussions on the matter. They both described the free-trade zone as extending from “Lisbon to Vladivostok” reproducing a phrase first used by Putin in 2010.

More importantly, Merkel decided to bring the issue again to the forefront a few days ago. As she clarified during a speech at an economic forum in Stralsund, the EU decision to create a free trade area with Ukraine or Moldova is not directed against Moscow but is part of a wider common project. Accordingly, she believes the formation of a free trade area with Russia is possible in the future in spite of current political tensions. Neighborhood Commissioner Johannes Hahn has also joined the debate by encouraging Ukraine to continue its trade with Russia irrespective of the future implementation of its DCFTA with Europe. As he recently said during a public discussion in Brussels, Kiev can still benefit by its preferential relations with members of the Eurasian Economic Union (EEU).

The delay in the implementation of the DCFTA between the EU and Ukraine means Brussels will present this development as compatible with Kiev’s participation in the EEU and the new momentum in revitalizing the idea for the creation of EU-Russia free trade area, in an effort to outline Europe’s optimistic strategy for playing an active international role. Europe is slowly attempting to regain the confidence of Russia and engage the country in a promising political game of both obligations and benefits.
Germany could be considered the architect of this European strategy. Its business lobby has pushed its political elites to reconsider the obsolete approach of Russia’s economic isolation despite the US pressure. In parallel with this, Berlin – having come under heavy fire for imposing austerity policies in the Eurozone – is looking for an impressive foreign policy success to boost its reputation. Believing that the implementation of the new Minsk Agreement is the key element for success in Ukraine, it now seeks to offer Moscow significant incentives to actively cooperate.

Europe’s strategy, mainly informed by Berlin’s interests, seems viable and realistic. Nevertheless, it has first to overcome an important hurdle in order to be followed by practice. This is the traditional US reaction to new milder policies vis-à-vis Russia which might incorporate the country in talks for a solution to the problem instead of regarding it as solely responsible to it. Past experience does not encourage much optimism.