In recent years, VIANEX employees have been running a major programme to collect food, clothing, toys etc for people who are in need of support in the current difficult conditions. This programme, which is operated as part of VIANEX employees’ social action and awareness, is run on a national scale with all workers participating in it and is a resounding success.

The crowning achievement of this programme in the festive period last year, was the “6th FOOD AND CLOTHING COLLECTION PROGRAMME” which was given the title “Embracing Orphanages and Institutions.” In the Athens area this programme focused on supporting the “HATZIKYRIAKIO CHILDCARE INSTITUTION“, which is in Piraeus and houses 120 girls. Here we should mention that, due to the economic crisis and the sponsorship and donations decrease, the Foundation had made a call for help through the media, as they are facing difficulties in continuing with their work.

The response of the VIANEX workers in Athens exceeded all expectations and 48 large boxes of food and clothing were delivered to the HATZIKYRIAKIO INSTITUTION to support its work. In addition to that, the programme in the 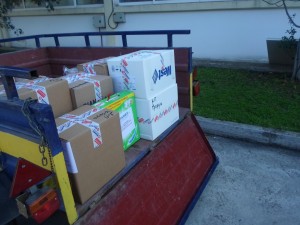 Attica basin delivered 7 large boxes to the “SOCIAL GROCERY” in Pallini which is run by the municipality and supports people who are in a difficult financial situation, and 2 large boxes of baby clothes and toys to the “SMILE OF THE CHILD” charity in the Kareas area.

The total amount of food collected by workers in our offices and in the three VIANEX factories in Athens exceeded 1,000 kilos and 2,700 items of clothing and toys were also donated. This shows how sensitive our staff is to their fellow human beings, and gives an optimistic message about the next programme.

Elsewhere in Greece, after a coordinated effort by workers in local offices, the “6th FOOD AND CLOTHING COLLECTION PROGRAMME” had the following results:

Overall, VIANEX employees outside Attica contributed more than 800 kilos of food to the selected institutions, in a demonstration of their social awareness and their active participation in this effort.

It is worth mentioning that the response from everyone involved in all the Institutions which were supported by this effort was very enthusiastic and that the company was literally “flooded” with letters of thanks and messages of satisfaction. 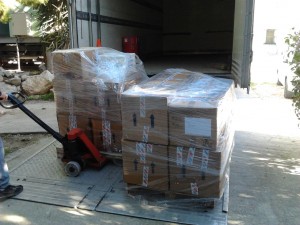 In conclusion, it should be also emphasises that the “FOOD AND CLOTHING COLLECTION PROGRAMME” has become an institution for VIANEX workers, and their commitment to continue with, and to strengthen, social initiatives such as this one in the near future is fully in harmony with the philosophy, progress and direction that the company Management takes in this respect.