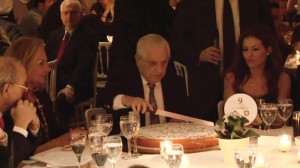 An event celebrating the continuous co-operation between companies VIANEX and MSD for a period of 33 years took place on Tuesday 9 February 2016. Mr Pavlos Giannakopoulos, Mr Athanasios Giannakopoulos, Mr Dimitris Giannakopoulos and CEO of MSD Greece, Cyprus and Malta Mr Haseeb Ahmad were present as well as employees from both companies. On this occassion, an agreement  extending the bilateral cooperation was signed.

Mr Dimitris Giannakopoulos presented a commemorative replica of an ancient amphora to Mr Haseeb Ahmad, in recognition of his contribution to cooperation between the two companies, and Mr Ahmad presented an impressive handcrafted metal sculpture of two race competitors, two perfectly coordinated rowers in a high performance rowing boat. A symbolism that acknowledges the excellent cooperation of the two companies at all levels. In his speech, Mr Giannakopoulos praised the close cooperation that VIANEX and MSD have enjoyed for 33 years now, which promotes public health and ensures the progress of the two companies, thus supporting the national economy.
Among other things, Mr Dimitris Giannakopoulos had this to say: ‘To date, VIANEX has successfully distributed two categories of pharmaceutical products from MSD in the Greek Market: a) Products distributed exclusively by VIANEX such as FOSAVANCE, ARCOXIA, SINGULAIR, ZOCOR, etc. To this group, the new agreement adds a latest-generation antibiotic, a new product used in treatment of osteoporosis, and 4 popular contraceptive products. And b) Products available from MSD, which are co-marketed with VIANEX, such as EZETROL, INEGY, JANUVIA, JANUMET. This new agreement provides for additional co-marketed products, including a new combination lipid-lowering drug (LIPTUZET), as well as OMARIGLIPTIN for treatment of type 2 diabetes.’ 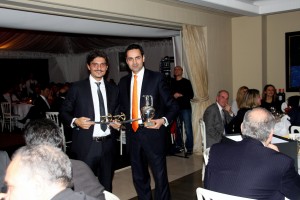 On behalf of MSD, Mr Haseeb Ahmad, stressed that ‘…more than thirty years of seamless collaboration between MSD and VIANEX sets an example worthy of imitation. It encapsulates the focus of MSD on continuous discovery of pharmaceutical drugs that save or improve lives, and the focus of VIANEX on effective treatments for the benefit of Greek patients. As a result, it is likely that every Greek family has, at least once, taken one of the many pharmaceutical products that this partnership has made available in our country. In the current environment, this partnership is proof of the faith that the two companies have in a path to future development based on the highest professional standards of both companies‘.