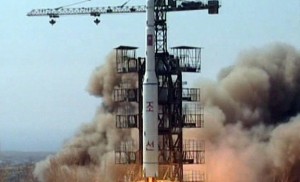 The website liberal.gr published an article by Theano-Damiana Agaloglou assessing the role of China in the context of North Korea nuclear issue. In particular, Ms Agaloglou argues that China has potentially the key for a future solution as it can partly influence the regime of Pyongyang. She also analyses why Beijing is not prepared to accept some recent proposals made by Washington and Seoul for the deployment of an ant-missile system in South Korea and considers it hard for all UN Security Council members to agree on the extension of sanctions against North Korea. In the final account, however, Ms Agaloglou asserts that the one who will determine if a solution to the problem will be found, is the leader of North Korea Kim Yong-un. In that regard, the case of Iran could be an interesting case for a comparison.

You can read here the article (in Greek).