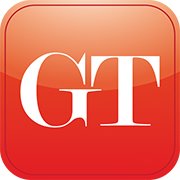 The recent meeting between President of Russia Vladimir Putin and the Prime Minister of Greece Alexis Tsipras drew the attention of international media. The Greek leader and his government are widely regarded as a new risky political force that could destroy Europe’s unity vis-à-vis Russia, principally in the context of the Ukraine crisis. President of the European Parliament Martin Schulz has warned Tsipras to refrain from initiatives which might threaten the EU’s common approach.

But the meeting will hardly open a new chapter in Greek-Russian and EU-Russian relations. Existing restrictions still affect the policies of both sides. In the first instance, Russia cannot easily lift the embargo in favor of specific EU member states such Greece, Cyprus and Hungary. It treats the EU as an entity and believes that single countries should not be exempted. Such a decision might cause frustration to other European countries which equally suffer by the embargo.

For its part, Greece is not prepared to change the orientation of its foreign policy and risk becoming isolated within the EU and NATO. By keeping on the Euro-Atlantic course, the country is not able to practically test whether its rapprochement with Russia might be a turning point. Likewise, Moscow is well aware of Athens’ foreign policy priorities and naturally has low expectations and limited objectives while negotiating with it.

Moreover, Greece’s attempt to show to its creditors that it can count on the support of Russia if a new bailout trance is not released is pure bluff. According to president of the German Institute of Economic Research Marcel Fratzscher, the country will require from 30 to 40 billion euros in the next three years to cover its financial needs. Can Moscow provide such a high loan to Athens under its ongoing economic difficulties? And will its terms be more relaxed in comparison to the ones imposed by European institutions? The answer to both questions is almost certainly no.

Theoretically, Athens can also play another card benefitted by its right to use its veto power at the European level. Specifically, it is able to exert pressure on its European partners to block any future Brussels’ decision to impose new rounds of sanctions against Russia should the latter not apply the Minsk II agreement over Ukraine. This policy choice, however, will further damage Greece’s international image instead of boosting its bargaining position. In spite of difficulties, Athens should endeavor to bring Moscow closer to Brussels and become involved in a win-win game rather than in a zero-sum one.

Greece’s interest in participating in Russian energy plans deserves some attention but remains vague, general and unknown. Tsipras announced in Moscow that Greece favors the construction of a pipeline in its territory to complement the proposed “Turkish Stream” pipeline and transport Russian gas to the Balkans and other European countries. Greek media have already started to develop scenarios under which the country becomes an energy hub and increases its revenues. But this is counting not just unhatched chickens but unlaid eggs, given it came before the budget for the project is announced, sources of financing are guaranteed and an approval from the EU is given.

Even on the issue of privatization, where Russian companies want to be active in infrastructure and energy work in Greece, caution is needed. In 2013, for instance, the privatization of Greek gas company DEPA failed and Gazprom decided not to submit a bid. Two years later, Europe will have again the final say in judging whether the policies of foreign companies, including Russian and also Chinese ones, comply with EU law.

If there is a lesson learned after the visit of Tsipras to Moscow, it is not related to Greek-Russian relations, but the ongoing meeting between the Greek prime minister and reality as his theoretical alternatives collapse. Ironically, after his meeting with Putin, Tsipras will be under practical pressure to move closer to Europe and implement structural reforms in order to avoid an unknown adventure for the country and its people.